Thanks for the feedback: The science and art of receiving feedback well

Organizations spend huge amounts of time and money training managers how to give better feedback. But the most crucial part of the feedback system is being neglected: the receiving end! According to authors Douglas Stone and Sheila Heen, “Learning to receive feedback better can transform how we learn, lead, and behave.”

Thanks for the feedback: The science and art of receiving feedback well
Douglas Stone et Sheila Heen (Viking, march 2014).

Knowing how to receive feedback — whether from bosses, colleagues, or reports — is crucial to growth and development. According to authors Douglas Stone and Sheila Heen, people who actively solicit negative feedback — who genuinely seek to learn from others what they could improve about themselves — are proven to adapt more quickly to new roles, report higher satisfaction in their work, and also receive higher performance reviews. But the authors also report that, during their research, they came across very few individuals who have mastered this crucial skill.

Everyone struggles with receiving feedback

Whether feedback is unfair or constructive, it is always difficult to hear, because any suggestion that you need to change triggers strong emotions.

The success of feedback depends most of all on receivers

In a 2011 survey from Globoforce, 55 percent of respondents said their performance reviews that year were unfair or inaccurate, and one in four said he or she dreads the performance review more than anything else in their professional life. Indeed, few business leaders are satisfied with their feedback conversations, and most are actively dissatisfied, with 63% of executives saying that lack of helpful feedback is the biggest performance management challenge they face. Sheila Heen and Douglas Stone argue that the real solution is not continuing to focus on learning to give better feedback, but rather learning to receive the feedback that is all around us better. They note that it’s receivers, not givers, who have the most control over the outcomes of feedback conversations.

While receiving honest, constructive feedback clearly satisfies an important need —the need to learn and progress — it also conflicts with a different, and equally powerful, need: the need to be accepted and respected exactly as you are. This tension provokes a tidal wave of emotions when receiving feedback, blocking the ability to accept, let alone apply, any potentially valuable suggestions for improvement. While this tension can never be fully resolved, it is possible to develop a deeper understanding of and, thereby, better control of the emotional responses that feedback provokes. Emotional triggers can be sorted into one of the following three categories:

• Truth triggers: when aspects of the feedback are wrong, unhelpful, or simply untrue in some way

• Relationship triggers: Feedback is colored by your relationship with the giver. If you feel he or she has no credibility on the subject, for example, or is not in a position to be criticizing you, you are likely to reject observations that you would otherwise accept if they came from someone else.

• Identity triggers: when feedback undermines your sense of self

Getting better at receiving feedback starts with strengthening your ability to rationally manage your emotions, partly through consciously fostering a more curious, analytical mindset.

Shift from “that’s wrong” to “tell me more”

When someone points out ways you could improve, the instinctual response is to defend yourself by undermining the credibility of the message: you focus on what’s wrong rather than what’s useful or accurate in the message. It takes serious cognitive effort to overcome this natural psychological defense, but it is possible. When you find yourself focusing on what’s wrong with feedback, recognize what you’re doing; then, consciously strive to move past your automatic defense mechanism and into a more inquisitive, analytical mindset. Ask the following questions:

• Where is it coming from: What is the data or observations on which the feedback is based? What can the giver see that you can’t? Where does observation end and interpretation begin?

• Where is it going: What’s the giver’s advice? What would you do or say to implement it? Can the giver show you, model it, give you an example?

Apply a system’s view to feedback

Relationships between givers and receivers are a trigger. One part of getting better at managing this trigger is to make a conscious effort to distinguish between the what, the contents of the message, and the who, how you perceive the giver in relation to yourself. Sheila Heen and Douglas Stone emphasize the benefits of adopting a system’s view to manage this complicating factor: “A relationship is a system, a team is a system, and an organization is a system. When something goes wrong in a system, we each see some things the other doesn’t, and these observations are not randomly distributed between us. I tend to see the things that you did that led to it, and you tend to see the things I did … You know that I missed the deadline, and I know that you always give me false deadlines (apparently until now).” To correct for such skews in perspective, the authors suggest you take the following “steps back”:

1. One step back: Take a look at you and the other person and differences in your preferences, tendencies, and traits, with the goal of seeing your relationship from the other’s point of view. “Instead of focusing on what the other person is doing wrong, notice what you are each doing in reaction to the other. As you do, you’ll begin to spot the larger patterns.”

2. Two steps back: Consider how your different roles shape your relationship to one another. “Accidental adversaries are created by two things: role confusion and role clarity,” explain the authors. Is it unclear who is responsible for task A, B, or C? Or, on the other hand, is role clarity itself creating tension, such as what tends to happen between bank compliance officers and traders? “At the organizational level, these role tensions serve important purposes, but at the interpersonal level they can be destructive, especially if people are misidentifying the source of the conflict. It’s essential to disentangle the individual from their role by taking two steps back and asking: How are our roles contributing to the feedback we give each other? How much is role, and how much is personality or performance?”

3. Three steps back: Consider all the other players, physical environment, timing, and decision making, policies, processes, and coping strategies that play a part in the problem that has caused the giver to speak up.

Appreciation, coaching, and evaluation are all appropriate, necessary forms of feedback, but each has a place and a time. Feedback conversations often break down because givers and receivers have different expectations. Perhaps the receiver wants appreciation for all of the extra hours he or she has put into the project recently, but the giver provides evaluation. Or perhaps the giver aims to provide coaching, but the receiver hears that coaching as evaluation. Sheila Heen and Douglas advise sticking to one form of feedback at a time and having both parties explicitly agree on the goal in advance of the actual conversation.

Receiving feedback is not passive. You need to be empowered to become a skilled receiver, actively seeking out the kind of feedback that promotes growth and development and putting a stop to unhelpful feedback.

1. Know your tendencies: Identify your problem patterns. For example, if feedback tends to make you hypercritical of yourself, tell yourself that you are exaggerating about the gravity of your mistake and wait until you are in a more stable emotional place before responding.

2. Try to hear feedback as coaching, not evaluation: It’s not always easy to distinguish between coaching and evaluation, and people tend to hear even the gentlest coaching as evaluation. “Feeling judged is likely to set off your identity triggers, and the resulting anxiety can drown out the opportunity to learn,” write the authors. “So whenever possible, sort toward coaching. Work to hear feedback as potentially valuable advice from a fresh perspective rather than as an indictment of how you’ve done things in the past.”

3. Think about feedback before rejecting it: It’s not usually immediately clear whether feedback is helpful or not, so before you accept or reject it, analyze it to understand it better.

4. Ask for just one thing: If you request it, feedback is less likely to set off your emotional triggers. So don’t wait for it. Regularly ask targeted, focused questions about your performance.

5. Engage in small experiments: Analysis is not always enough to decipher whether feedback is helpful or not. So, as much as possible, try it out! Even when you feel skeptical about it, see what happens when you follow the feedback you receive. “If it works, great. If it doesn’t, you can try again, tweak your approach, or decide to end the experiment.”

Say no to unhelpful feedback

It’s okay to reject feedback that is unhelpful to you. In fact, knowing when and how to set boundaries on the feedback you receive is essential to your own wellbeing and the health of your relationships. But how can you know when feedback is destructive (not just difficult AND helpful), and you need to set a boundary?

• They attack your character, not just your behavior

• The feedback is unrelenting: you have explained that you received the message, or the message is unhelpful, but the giver continues to repeat that message

• There is always one more demand: “Some feedback givers are always looking for the next thing to fix, whether it’s about the house or the car or you. But more ominously, it may be that the act of telling you what to change is the end in itself. They are in charge, you are their charge, and those clear roles keep things in order.”

• You receive threats, not warnings: “A warning is a good-faith attempt to explain possible legitimate consequences, whereas the purpose of a threat is to manufacture consequences that will induce fear.”

• It is always, and only, you who must change: “Whenever there is a problem between you and this person, you are the only one who takes responsibility for anything. You apologize, you stay late, you absorb the budget overruns…”

• Your views and feelings are not acknowledged or treated as important

Becoming a better receiver means learning how to sort through feedback and extract whatever value you can from it. But this does not mean you need to accept and act on all the messages you receive. If you have taken the time to analyze feedback —have “tried it on” — and have decided it is not helpful to you, set the boundary. Keep the exchange as constructive and positive as possible by being appreciative of your giver’s honesty and good intentions but also remaining firm and clear about why his or her feedback is not helpful to you in this instance. The authors also recommend trying whenever possible to redirect unhelpful feedback by identifying alternative issues on which you could use his or her input.

Douglas Stone and Sheila Heen are lecturers at Harvard Law School and cofounders of Triad Consulting. Their clients include the White House, Citigroup, HSBC, Unilever, and many others. They also co-authored, along with Bruce Patton, the book Difficult Conversations: How to Discuss What Matters Most (Penguin, 2010).

Feedback is more than the annual review

Published by Clémence Thiry
Clémence is Digital Manager. She is in charge of our digital strategy and of running our blog and newsletter. She also supports our customer projects with content for managers’ digital communities. 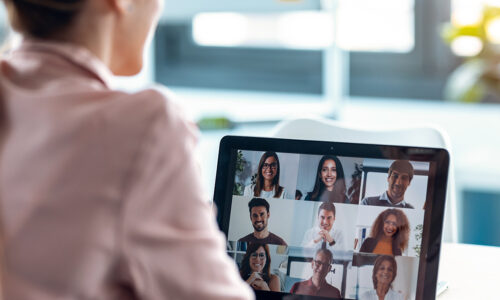 Presence and distance: Energize everyone, every day 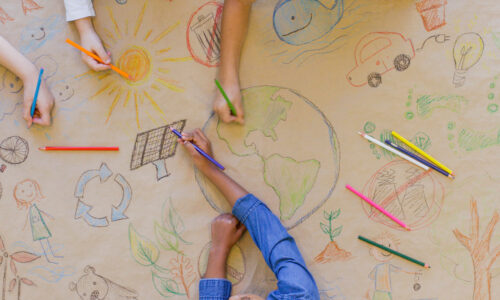 4 tips to help you think and act collectively 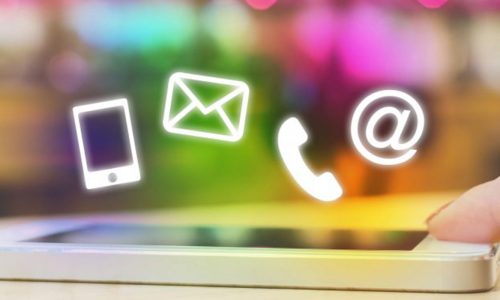