Three leaders at the vanguard of the next economy

To see what leaders at the vanguard of the next economy are doing, we look to Foxconn’s CEO, one of the world’s biggest investors in robotics; to the leader of PGDx, a cancer genomics startup; and to the CEO of MFS Africa, a Pan-African FinTech company.

Dr. Luis Diaz fights cancer with revolutionary genomic technologies, USA
“Cancer right now is prime for the value in genome sequencing,” declares Dr. Luis Diaz, oncologist and cofounder of the American startup Personal Genome Diagnostics (better known as PGDx). Diaz and colleague Victor Velculescu founded PGDx in 2010, when they and their fellow researchers at Johns Hopkins University decided it was time to move their innovative cancer genome technologies out of the laboratory and begin treating people.

Dare Okoudjou breaks down barriers to mobile payment platforms, South Africa
Dare Okoudjou is the founder and CEO of MFS Africa, a leading Pan-African FinTech company based in Johannesburg. Much of the innovation in this space so far has come from outside disruptors, like Okoudjou’s company, rather than legacy financial institutions. But Okoudjou reports that FinTech is now entering a more established stage: “The success of mobile money caught a lot of people by surprise 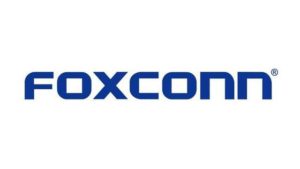 The robots are taking over Terry Gou’s Foxconn factories, Taïwan
When Terry Gou founded Foxconn in Taïwan to make TV knobs in 1974, he did it with $7,500 and a firm conviction that “electronic products would be an integral part of everyday life in every office and in every home.” 40 years later, with close to 1.5 million employees, Foxconn is known for being the biggest electronics contract manufacturing company in the world (its customers include Apple, Microsoft, Nintendo, IBM, and so on).
Based on the study: The Industries of the Future: How the Next Years of Innovation Will Transform Our Lives at Work and Home by Alec Ross (Simon & Schuster, february 2016).