Why do we still need the organization?

Is the traditional organization destined to disappear? Is vertical management outdated? Have executives become redundant? The authors of The Org don’t think so; although they sometimes result in bureaucratic excesses, organizations, management, and leadership are still the inevitable and necessary counterparts to the proper functioning of collective work. 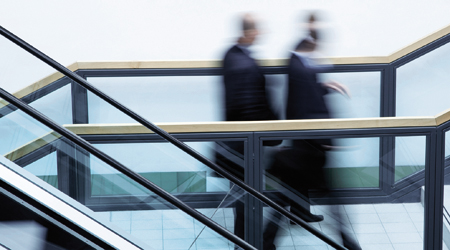 The end of the organization will not be tomorrow
If many people consider that organizations act as an impediment to innovation, the dysfunctions they generate (never-ending meetings, management controls, and so on) are often essential. The authors note that while the world loves to celebrate contrarians and free-thinkers, these kind of behaviors can end in disaster. Any initiative or good intention must comply with rules, which are still crucial for organizing collective work.

Are manager-free organizations efficient?
In spite of the general trend towards streamlining bureaucracy and reducing the number of managers, they have a real impact on organizational performance. They play two crucial, difficult roles: they participate in shaping and implementing collective rules. At the same time, they manage informal human dynamics such as motivation and commitment.

Executives against bureaucracy
Barbara Kellerman threw a spanner in the works in April 2012 with her book The End of Leadership, in which she declared that executives would disappear in favor of employee-led organizations. Ray Fisman and Tim Sullivan qualify Kellerman’s views by highlighting the increasingly important role of leaders in business: they limit the scope of certain bureaucratic dysfunctions by shaping organizational culture.

Business leader testimony
The LEGO Group is beloved around the world for making construction-based toys that promote creative, imaginative play. But when the company adopted cutting-edge 21st innovation strategies, it nearly went out of business. The toy maker was able to come back from the brink of bankruptcy and achieve a near-miraculous turnaround “not by breaking with business convention but by building within it.”

Read our dossier:
Why do we still need the organization?

Based on The Org: The Underlying Logic of the Office by Ray Fisman and Tim Sullivan (Twelve, January 2013), Brick by Brick: How LEGO Rewrote the Rules of Innovation and Conquered the Global Toy Industry by David C. Robertson with Bill Breen (Crown Business, 2013) and “How to Design a Winning Company” by Ashok Divakaran, Gary L. Neilson, and Jaya Pandrangi (strategy+business, August 2013).
Business Digest nº 240, october 2013.

Listen the interview:
The ‘Underlying Logic’ Behind The Madness Of The Office

Co-authors Tim Sullivan and Ray Fisman talk to NPR’s Neal Conan about their book The Org, explaining the importance of meetings, the organizational structure of al-Qaida, and why everyone can’t work for themselves.