What does being data-driven really mean in practice? “Let us start with what a data-driven culture is not,” say researchers at the Economist Intelligence Unit, who in 2013 surveyed 530 senior executives about the use of data within their companies. “It is not a belief that data are an issue for someone else in the company, a job for a data specialist, or perhaps the IT department.” Rather, within a data-driven culture, a high value is placed on data collection and sharing across departments, with as many employees as possible integrating data into their techniques and practices to make more evidence-based decisions. For this to happen, however, there has to be buy-in at the top as well as greater resources and support around the development of the kind of scientific thinking that is needed to work with data.

The growing power of data across business activities
Almost all parts of companies are recognizing the benefi ts of becoming data-driven. The Economist Intelligence Unit survey indicates that strategic decision-making has been the most impacted, with 43% of respondents stating that data is “extremely important” to this area. Marketing and communications as wellas finance and accounting follow closely behind, however, with just under 40% of respondents reporting that data has become “extremely important” to these areas as well. What’s more, the researchers argue that even in activities that remain as-of-yet the least data-driven, such as human resources (only 11% of respondents describe data as “extremely important” to HR), the importance of data to performance will only increase – and quickly. Indeed, the survey’s central finding is a clear link between data-driven thinking and fi nancial performance (See schema). Within the highest performing companies, more than a third of respondents describe their companies as being substantially more data-driven than their peers; meanwhile, not a single executive from the lowest performing companies describe themselves as such. “Whatever the methods used, installing a data-driven culture will not be easy. But, by revealing a strong link between data culture and financial performance, our survey shows that it is worth it.”Change needs to come from the top
According to the survey, the keys to becoming data-driven are data collection, sharing, and leadership. 76% of executives from the highest performing companies report that data collection is “very important / essential” to becoming data driven versus 42% of executives from lower performing companies. When it comes to sharing, over half of executives from the highest performing companies say, “promotion of data-sharing has helped generate a data-driven culture.” On the other hand, sharing was also revealed to be the biggest challenge. Silos, overseen by division heads who are reluctant to share, as well as company-wide concerns over privacy and security interfere with sharing data widely with employees. For such obstacles to be overcome, the survey indicates that change has to start at the top. Over half of all respondents — and over two-thirds of executives from the highest-performing companies — cite “top-down mandates and guidelines” around sharing, collaboration, and best practices as the most successful strategy for promoting data-driven cultures.

Leaders need to give everyone more
opportunities to work with data “But how far should the process go? Should every employee be encouraged to start crunching numbers?” the survey asked… 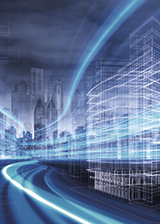 Based on “Science Isn’t Broken,” by Christie ASCHWANDEN (Fivethirtyeight, August 2015) and “Fostering a data-driven culture: A report from the Economist Intelligence Unit” (The Economist, February 2013).