The stress-free approach to adopting a corporate language!

Based on: “Global Business Speaks English” by Tsedal Neeley (Harvard Business Review, May 2012). 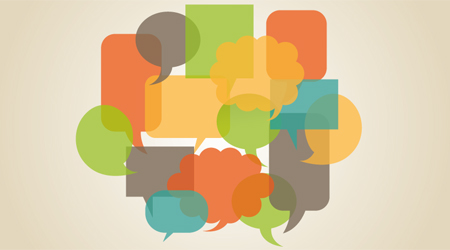 Hiroshi Mikitani, CEO of the e-commerce giant Rakuten, made a bombshell announcement in March 2010: the Japanese company’s 7,100 employees had two years to become competent in English! With fewer than ten per cent of the group’s employees able to speak English at the time, a hostile response was not long in coming. In a Harvard Business Review article, assistant professor Tsedal Neeley explains that Hiroshi Mikitani did not really have a choice. CEOs who want their company to grow internationally must have a language strategy, she says. And, given that English is the international language of business, one of the best strategies is to ensure that employees speak English. But adopting a language policy is not easy. Employees can lose self-confidence if they are forced to speak in a foreign language and, as a result, their performance can suffer. If management goes about implementing their language strategy in the right way, like Mikitani did at Rakuten, it can reduce a lot of stress later on.

How can you make it easier to adopt a corporate language?

1. Keep things in perspective: Managers need to remember that their staff do not have to speak perfect English from the get go, especially as employees are likely to underestimate their own language level. Setting up a few tests to assess their English will likely reassure most staff.

2. Be patient: there is not much point in throwing staff into the deep end at an important international meeting before they have enough confidence in their abilities. Two years of training and study trips were needed at Rakuten before everyone at the company was proficient in English.

3. Go for globish: A beginner needs to learn about 3,500 words to be competent enough to work in English – that is less than a third of the vocabulary of a native English speaker. But your employee does not need to speak perfect English. He or she just has to be able to work in it.

4. Reassure staff: it is only natural for non-English speakers to think: “I don’t really feel like myself when I’m speaking English. I can only express a very small part of what I’m feeling”. Reassure employees and let them know that you take this into account when they expressing themselves in English.

Is Mandarin the business language of the future?

Given the exponential growth of the Chinese economy, could Mandarin take over from English as the global language of business? Tsedal Neeley sees two factors that make this unlikely:

1. China’s lack of influence: Britain’s colonial past played a key role in the worldwide influence of the English language from the 16th century onwards. The limited influence of Chinese culture today prevents Mandarin from developing as an international language.

2. Mandarin’s inherent difficulty: Mandarin is an extremely complicated language for most cultures to learn. Whereas it is possible to speak a reasonable level of basic English quite quickly, expressing yourself in Mandarin requires a solid command of the language – something that can be difficult to acquire.

To find this article on the web

• Video: “Why Everyone at Your Company Should Speak (A Little) English”, Tsedal Neeley (Harvard Business School YouTube Channel, May 2012).