Resource Revolution: How to Capture the Biggest Business Opportunity in a Century 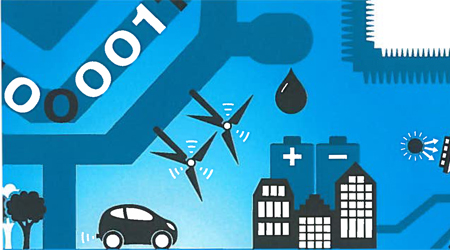 Why we have chosen this book
In contrast to so-often catastrophic visions of a future dominated by overpopulation, climate change, and war between man and machine, Resource Revolution offers an optimistic yet still realistic picture of what lies ahead. How about looking at the cup as half full and focusing on the numerous business opportunities to be pursued? This echoes the perspective that Business Digest has been supporting for years now.

About the book
Today, people have come to assume that future demographic changes will inevitably lead to large-scale economic crisis. However in Resource Revolution, co-authors Stefan Heck and Mark Rogers refuse such fatalism and assert that the exponential growth of urban middle classes (nearly 2.5 billion people by 2050) may well be the greatest opportunity for business growth to emerge in nearly a century. Furthermore, the combination of modern, flexible business tools and means, including ICTs and biotechnology, with traditional industrial know-how presents major profit-making potential. Nonetheless, taking advantage of new economic opportunities and avoiding potential pitfalls requires a new management approach. Cultural and generational specificities must be taken into account, and the workforce must be suitably trained to use new technologies. Resource Revolution offers practical advice for dealing with such challenges and managing effectively in the 21st century.

Resource Revolution: How to Capture the Biggest Business Opportunity in a Century by Stefan Heck and Matt Rogers (Amazon Publishing, 2014).

Read our dossier :
Are you ready for the third industrial revolution?