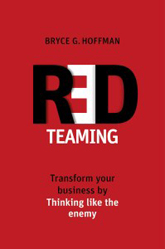 Red Teaming: Transform your Business by Thinking Like the Enemy

by Bryce G. Hoffman (Piatkus, May 2017)
In the face of disruptors like Uber, Airbnb or Tesla, the leaders of big companies must re-evaluate their business models and look more critically at their decisions. To do this, Bryce G. Hoffman recommends a “Red Teaming” approach. Developed by the military, it’s about getting inside the “enemy’s” mind in order to take a closer, harder look at one’s own strategies, habits, processes, decisions, and so on. 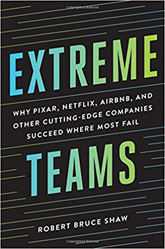 Extreme Teams :
Why Pixar, Netflix, Airbnb, and Other Cutting-Edge Companies Succeed Where Most Fail

by Robert Bruce Shaw (Amacom, February 2017)
Do you face the challenge of building and leading a new team? Revitalizing a stagnant one? Robert Shaw invites you to consider the key paradoxes of teamwork that the extraordinary teams at 7 of the world’s most cutting-edge companies have all mastered in their own unique ways! 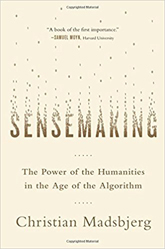 Sensemaking : The Power of the Humanities in the Age of the Algorithm

by Christian Madsberg (Hachette Books, March 2017)
As new technologies are used to boost performance, measure outcomes and control the proper execution of company processes, how can humans find a sense of meaning in their work? Does the automation of the workplace signal the end of the dominance of human intelligence, which will now play second fiddle to machine intelligence? Not necessarily. Despite our imperfections and limited cognitive abilities, human beings remain the primary strategic asset for companies. 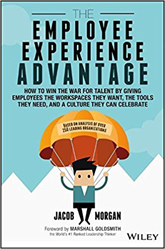 The Employee Experience Advantage:
How to Win the War for Talent by Giving Employees the Workspaces They Want, the Tools They Need, and a Culture They Can Celebrate

by Jacob Morgan (Wiley, March 2017)
How can companies create a working environment that employees enjoy and want to work in rather than one they simply put up with because they have to? According to Jacob Morgan, the answer is to make deep-seated changes rather than merely taking isolated measures (team building, yoga courses, organic works canteen, etc.). The author recommends concentrating on the three key dimensions of the employee experience: the physical, cultural and technological. 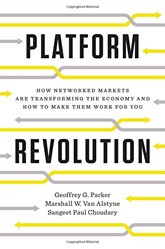 Platform Revolution:
How Networked Markets are Transforming the Economy — and How to Make Them Work for You

by Geoffrey Parker, Marshall Van, and Sangeet Paul (W.W. Norton & Company, March 2017)
From Amazon to Coursera to Uber, software platforms have revolutionized entire sections of the economy over the past 10 years. What are the key qualities of these successful companies? To start with, they switch from control-based systems to resource-management approaches. Here, we examine a number of options for taking your company into the platform age. 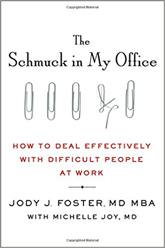 The Schmuck in My Office :
How to Deal Effectively with Difficult People at Work

by Jody Foster and Michelle Joy (Saint Martin’s Press, April 2017)
Toxic behaviors take many different forms and are expressed in various degrees of intensity in your typical workplace. Arrogance, distraction, and manipulation are just a few of the examples of the kinds of behaviors that we all encounter and try to avoid at work. If you want to maintain a healthier, more productive workplace, however, it’s necessary to confront – with understanding and an open-mind – the behaviors that you probably usually just try to ignore. 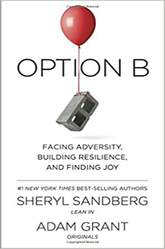 by Sheryl Sandberg and Adam Grant (Knopf, April 2017)
When the going gets rough, as it inevitably does, what steps can you take to help yourself and others? After an unexpected personal tragedy, Facebook’s COO Sheryl Sandberg and co-author Adam Grant (of Give and Take fame) advocate for a more resilient approach to leadership based on values of openness, authenticity, and humility. 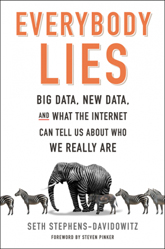 Everybody Lies :
Big Data, New data, and What the Internet Can Tell Us About Who We Really Are

by Seth Stephens-Davidowitz (HarperCollins, May 2017)
Seth Stephens-Davidowitz, a former data scientist at Google, has studied millions of Google searches in order to reveal the true “human psyche”. In his work, he provides a surprising glimpse into his discoveries. Arguing in favor of the (hotly disputed) claim that data doesn’t lie, he provides answers to questions like: how many people really read the books that they buy? Does advertising work? Are people more racist than they say? 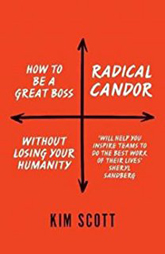 Radical Candor:
Be a Kick-AssBoss Without Losing Your Humanity

by Kim Scott (St. Martin’s Press, March 2017)
According to Kim Scott, a good manager is not frightened to make difficult decisions or to say things that upset others. How can you become demanding and unyielding… without losing your humanity in the process? By fulfilling the “three key responsibilities of a leader”: initiating a culture of frank, honest feedback; building a closely-knit team; and achieving results that everyone can be proud of. 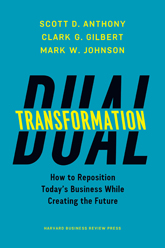 Dual Transformation:
How to Reposition Today’s Business While Creating the Future

by Scott D. Anthony, Clark G. Gilbert and Mark W. Johnson (Harvard Business Review, April 2017)
“The threat of disruption is also the greatest opportunity that a leadership team will ever have to reinvent itself” – this is the key message of co-authors Scott Anthony, Clark Gilbert and Mark Johnson. Using cases like Adobe and Netflix as their starting point, they show how successful strategic transformations are founded on highly precise models. At the same time, the authors draw up a list of the leadership skills that are required in order to succeed in such transformations: courage, clarity, curiosity and conviction.