Born in the United States, where it has been all the rage for several years, the concept of personal branding is about viewing yourself as a brand and taking an entrepreneurial approach to better “sell” yourself in the professional world. Still, the idea of incessant self-promotion raises questions: mightn’t it become tiresome and even counterproductive?

What exactly does personal branding mean? It means taking steps to create, sustain, and boost your personal profile online and off. It involves showing how you are different from others through your words, actions, and even style. Whether you are the head of a company, self employed, on a corporate payroll, or still a student, the idea is to make your personal brand stand out in ultra-competitive labor markets in order to sell yourself to employers as a desirable asset. The allure of this notion is difficult to resist, particularly because professional networks and recruiters in an increasing number of fields are pushing it. Peter Montoya, the American king of personal branding and co-author of The Brand Called You (McGraw-Hill, 2008), says you must make yourself more visible than your “competitors”. According to Montoya, the more active you are on social and professional networks and the more you network, the greater your credibility. Nonetheless, this viewpoint is increasingly being called into question.

Does personal branding serve your echo or just your ego?
Cathy Engelbert, CEO of Deloitte since March 2015, does not believe in fervent self-promotion. She thinks that business managers recognize people’s value through their work, not their personal advertising campaigns. A case in point, when it came to her appointment as CEO, one of Engelbert’s strongest advocates was someone with whom she had only worked on one project, and for just a few days at that. And yet, she had attracted the person’s attention and won him over with her commitment to the job. Focusing on your assignments and developing good relationships with your co-workers seems to have more impact than flashy behaviors. Laetitia Puyfaucher, founder and CEO of Pelham Media, an online corporate communications corporation, supports this position. She says that when it comes to assessing a job candidate or employee, “Omnipresence on social networks is rarely a good sign. People who spend their time updating their LinkedIn profile lose their credibility, because more often than not, they simply pass on information that can be found elsewhere, displaying a lack of creativity more than anything else.” Indeed, self-promotion on social networks can rapidly become counterproductive. The level of a person’s importance as expressed through his or her network visibility follows a bell curve. After reaching a peak in presence or buzz, one of two things occurs. Either people stop listening and what the person says has no impact, or the overkill annoys people or, even worse, provokes rejection. In fact, personal branding can only take you so far. In the real world, “pitching” yourself is quickly perceived as a display of ego-centrism. Moreover, when people try to make others like them, they tend to reveal too much, too fast, and too superficially. They forget to listen to the people they are pitching to and neglect to take the temperature of the room. In reality, both recruiters and clients are first and foremost interested in finding people who can to adapt to their world and their needs.

Abstaining from self-promotion does not mean your skills will go unnoticed
According to Invisibles author Daniel Zweig, the ability to attract attention has come to overshadow everything else, including good quality work. Using self-celebration as a means to capture the spotlight is particularly pronounced in Generation Y, whose members are typically more eager for recognition than others… 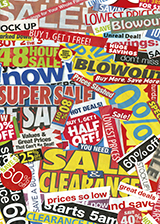 Based on The Brand Called You: the Ultimate Brand-Building and Business Development Handbook to Transform Anyone into an Indispensable Personal Brand by Peter MONTOYA and Tim VANDEHEY (McGraw- Hill Professional, November 2002), Invisibles: The Power of Anonymous Work in an Age of Relentless Self- Promotion by Daniel ZWEIG (Portfolio, June 2014), “Psychanalyse de l’e-influence sur Twitter et autres réseaux sociaux” by Isabelle BOUTTIER (Revue Tank, fall 2015), and “Why Self Promotion is Not the Best Route to the Top” (Knowledge@Wharton, November 2015).