Why send out CVs that will be lost in the shuffle when simple tweets with a link to your LinkedIn profile can serve as an application? Under pressure from new technologies, CVs are becoming more and more light-hearted, interactive, and social, turning the recruitment world on its head! 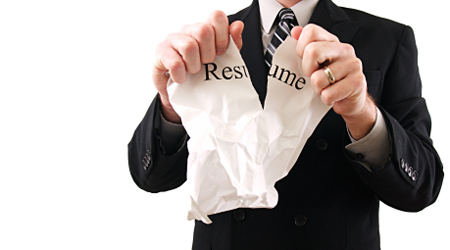 Business social networks: LinkedIn and Viadeo
These types of profiles use key words to highlight particular skills, with information that is comprehensive and easy to consult. There are also other advantages: formal information in a portfolio is easy to update, it’s possible to publish many forms of content, as well as instant access to the candidate’s connections, references, and even recommendations.

The Twitter CV in 140 characters
The American company Enterasys decided in early 2013 to use nothing but Twitter to hire a future social marketer project manager. The job description was posted just on Twitter, and only applications sent on the same medium, accompanied by the hashtag #socialCV, were considered.

Video CV: YouTube or Vine
Vine, the new tool developed by Twitter for shooting and posting very short videos (six seconds or less), represents an interesting alternative to the tedious videos that often attract ridicule on YouTube. Six seconds was all it took Dawn Siff, a job-seeking journalist, to persuade The Economist Group to hire her in April 2013. Siff made do with describing herself in five key phrases in her offbeat video: “Journalist, strategist, manager, deadline Jedi and ideas machine”.

Websites and blogs
At the beginning of 2013, Philippe Dubost, a web product manager, uploaded a site that could easily have been mistaken for an Amazon product page, the difference being that he was the product! 40 recruiters contacted him in a single day, and he found his dream job in two months. In quite another style, blogs are sometimes used as an alternative to paper CVs: the challenge here is to attract recruiters with expertise on a specific theme with regular posts.

How do companies adapt to these evolutions?
More than seven million candidates applied for the positions available at Starbucks in 2011. How many had a suitable profile? Starbucks is trying to overcome this problem by switching to “push” mode on social networks. For example, recruiters are trained in “social sourcing” on Twitter. The aim of this new HR approach is to seek out profiles for specific positions and to maintain a pool of candidates by facilitating conversations.