Napping at work to improve performance

According to a 2016 report titled “Catching up on sleep: a public affair,” published by French think tank Terra Nova, 20% of France’s workers doze off in front of their computers, usually after their midday meal. The report argues that napping is a physiological need that should be recognized by companies, since inadequate sleep is directly linked to lower productivity and absenteeism at work. The report is one of multiple recent studies confirming that napping helps people to regain concentration and boosts productivity, and has even been found to reduce anxiety and depression by minimizing levels of cortisol in the blood. In an interview with Europe1, Terra Nova’s Dr. Jean-Pierre Giordanella told companies to invest in dedicated napping rooms: “All that’s needed is a calm room where you can turn off the strip lighting and come out refreshed,” he says. For those concerned that naps will shorten the working day, Dr. Giordanella suggests ”factoring a 15-min nap into the timetable, meaning that staff leave work 15 minutes later.”

The report also urges companies to train HR managers on the benefits of naps so that it isn’t seen as “laziness” but rather as a “way of better dividing up the day into phases of activity and rest.” Meanwhile, even if your corporate culture has yet to recognize the benefits of sleep and naps, you can find ways to steal hidden moments of rest, argues Geoffrey James in Inc Magazine. He suggests sneaking a nap in your car, restroom, conference room, or even at your desk (by strategically placing your chin in your hand and pretending you are looking at papers or about to make a call): “I fully realize that the methods above sound slightly insane, but I assure you that I have personally done all of the above, multiple times, in order to sneak a well-needed nap at the office,” he writes. “What’s really crazy, IMHO, is that I had to go to such absurd lengths simply to keep my brain working at top performance.” 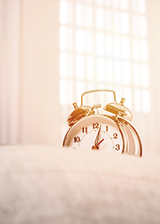