Whether you are a budding start-up or a well-established company, the prospect of launching an innovation can be daunting. Is it too risky? Where do you start? What are the priorities? With his Lean start-up approach, the serial entrepreneur Éric Ries presents a methodology that combines long-term vision and quick iteration to improve, accelerate and sustain any innovation

Facebook may be listed on Nasdaq, but how may other social networks of the same ilk have disappeared from the web without a trace? The numbers tell a story, and it is not a kind one. According to Insee, the failure rate for start-ups is about 50% within 5 years. Many observers say that the number of tanked start-ups is actually closer to 90%. This isn’t even to mention the countless innovation projects of all sizes that either implode or are abandoned before they can have much effect. Éric Ries knows perfectly well the bitter taste of this type of failure, having experienced it several times during his long career as a serial entrepreneur. In the process of trying to pinpoint the reasons for his setbacks, he developed his own methodology for innovation that was inspired both by Steve Blank’s theory of “customer development” and by the fundamentals of the Lean method that were deployed in the wake of Toyota. According to Ries, the key factor in the success of innovative projects is not an original idea, but rather the learning process that allows the company to develop in a robust way.

Innovating in start-up mode
The Lean start-up method is an approach to innovation (a new product, a new activity, and so on) that relies on client conversations, constant experimentation, and continual learning. It aims to minimize innovation time, while also managing risks by regularly measuring progress and checking in with users. According to Éric Ries, the Lean start-up method is as useful if you are launching a project out of your garage as it is if you are working in a team with 10,000 employees.

Thinking in terms of “Customer Value”
In traditional companies, pathways to innovation too often tend to start with the product and end with the customer. In the Lean philosophy, it is the reverse; the benefit delivered to the client is the first priority. Until this primary concern is addressed, any other focus (technical specs, pricing, distribution channels, and so on) is considered a potential waste of time and money. The priority is to know your client well and understand what he needs. This doesn’t mean that you have to wait around for prospective clients to drop the idea of the century in your lap, but rather
that you must have solutions to problems identified by consumers and those consumers must be in sufficient numbers to be able to support and grow your project. By neglecting this, countless start-ups have launched by offering tremendous services… that nobody needed. The three key questions you must ask yourself – in order – before embarking on an innovation project are: do consumers know that they have the problem we are trying to solve? If there was a solution, which of them would buy it? And from whom would they buy it? Once you have answered these questions, you can then follow up by asking the question that will lead you to the next phase: “can we build a solution to this problem?” 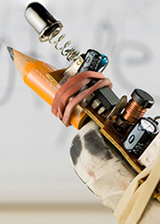 Based on The Lean Startup by Eric Ries (Pearson 2012).