ANZ’s success is based on its key people

Jonathan Harvey based his 2008 plan to transform the ANZ bank on Claudio Fernández-Aráoz’s “potential” model. The aim was to hire and develop future leaders capable of taking control of the group’s new international subsidiaries within 15 years. The program helped the Australian bank jump from twelfth to fourth place in the Asia-Pacific region between 2008 and 2012. Here is an extract from his interview with Business Digest: 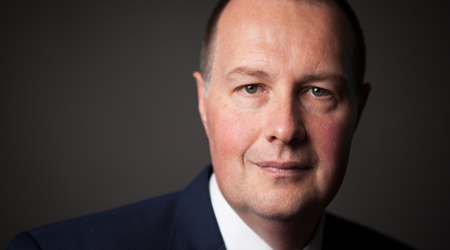 “In the past, assessing someone’s ability to take on complex assignments was based above all on his or her experience, and then on competencies. Over the last few years, we have focused more on potential, as advocated by Egon Zehnder’s model in the book by Claudio Fernández-Aráoz. None of these three factors is more important than the other, and none of them is enough on its own.” Four attributes set out in It’s Not the How or the What but the Who determine an individual’s level of potential: curiosity, determination, engagement and insight. At ANZ these are measured using 360-degree evaluations that involve the candidates as well as their manager(s), staff and colleagues. These assessments are used as part of the Generalist Bankers development program, which was set up by Harvey to prepare for the succession of the bank’s 50 most senior executives. “We offer thousands of products and services to six million customers in 33 countries, ranging from multinationals to housewives. This complexity means that when most banks have to develop talent, they focus on specializations and technical skills. When our new CEO, Mike Smith, asked me in 2008 who the generalist bankers were at ANZ, I told him that we didn’t have any! This conversation led to the creation of a new program designed to hire and develop generalist profiles with the potential to assume different functions and take on the management of the subsidiaries within 15 years.”

Read the complete dossier
Based on It’s Not the How or the What but the Who: Succeed by Surrounding Yourself with the Best by Claudio Fernández-Aráoz (Harvard Business Review, June 2014), “Kill Your Performance Ratings” by David Rock, Josh Davis and Beth Jones (strategy+business, Fall 2014), and the interview with Jonathan Harvey, group general manager, executive development and resourcing at ANZ, Australia (September 2014).

With a degree in labor law and specializing in labor relations, Jonathan Harvey began his career in human resources at Mayne Nickless Limited (a transport company). He held a variety of HR positions at ANZ before becoming group general manager, executive development and resourcing. His responsibilities include succession planning for the group’s leaders.
Tagged with: talent, human resources, potential