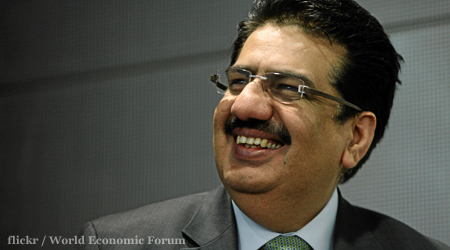 During his tenure as the head of HCL Technologies between 2005 and 2013, Vineet Nayar implemented a revolutionary “employees first, customers second” management model that re-energized the company and resulted in a phenomenal 600% increase in revenue, from $764 million in 2005 to $4.6 billion in 2013. Here is an extract from his interview with Business Digest:

“For managers to truly enthuse, encourage, and enable employees, they must delegate the authority to take decisions. We created award mechanisms for recognizing and implementing ideas from the bottom of the pyramid. We measured progress on this front through KPIs such as how many decisions were being taken at the bottom; how many were succeeding; how many were going wrong; how passionate were employees; and, lastly, quarterly performance. With this final step, HCLT became a high performance organization virtually overnight. We transformed excuses into a high degree of ownership. We had empowered employees to take charge and given them what they needed to perform, so we threw excuses out.”

The ultimate beneficiaries of putting “employees first” were HCLT’s customers. Within a year of implementing the new “Employees First, Customers Second” model, HCLT regained its ranking of number #1 in the IT industry for customer satisfaction. But Vineet warns other leaders interested in adopting this approach that its success depends on what he calls “power of intent”: “Employees are able to see genuine versus stated intent. If your intent is to give them what they need to excel and perform as well as a true delegation of authority and the permission to make mistakes, then yes, employees will embrace that responsibility. But if the intent is not clear, and your execution is in fits and starts, doubt and fear will dominate that if things go wrong, they will be blamed, and they will resist the responsibility.”

Read the complete dossier
Based on Leaders eat last: Why some team pull together and others don’t by Simon Sinek (Portfolio, January 2014), Conversational Intelligence: How Great Leaders Build Trust & Get Extraordinary Results by Judith Glaser (Bibliomotion, October 2013) and “Tackle Conclicts with Conversation” by the same author (Harvard Business Review, February 2014) and the interview with Vineet Nayar, former president and CEO of HCL Technologies, May 2014.