Today’s “hacktivists” include both consumers and competitors, and no firm should neglect to use social media and their own power of influence to counter attempts to upset their business. What exactly are the forces currently stirring up the business environment? How can you both monitor and influence the information that circulates about your organization? 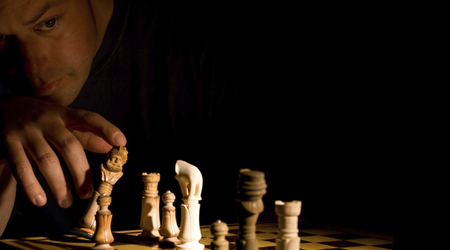 Informational warfare is now the leading type of competitive offence.

The internet has changed just about everything. Power of influence now belongs to “those who control internet content and are thus able to spread the ideas they come up with.” Politicians have learned this lesson, so instead of inviting film stars to dinner, they are now breaking bread with the founders of Twitter, Google, and Facebook. Indeed, they are trying to get closer to those in charge of information to tip the scales of public opinion in their favor. Upping your influence means focusing attention on three areas:

1. Information control. The Internet offers people everywhere unprecedented means to express themselves, but in an information war, it can also be used as a weapon of mass destruction. Business managers have no choice but to scrupulously control information concerning their company. Remember what happened in 2010: it took hardly more than a blink of an eye for Wikileaks to destroy the reputation of petroleum giant BP.

2. Influence strategy. Creating a buzz every now and then is no longer enough to sustain your clout. Companies need a long term reputation support system that manages not only on messages being sent, but also how such messages are perceived. Such an influence strategy relies not only on communication but also on organizational attractiveness and persuasiveness.

3. Support from influential players. Before coming up with a message, hub managers, corporate communications managers, and hubbers who deal with external connections should identify their target group and figure out how to best reach them, such as through rumors or relationship development.

Leader testimonies
In 2009, HEC Paris associate professor and PhD in management science Ludovic François created a fictional pharmaceutical laboratory (Berden Labs) with his students to raise their awareness of the critical role of the Internet in building reputation. Since then, hundreds of web pages have been published online about Berden laboratories and its imaginary CEO, Eric Dumonpierre, including false interviews and videos. The company has even moved out of the virtual world, receiving job applications and even legal injunctions from competitors. Above and beyond the hoax, the experiment shows that a reputation (good or bad) can be built up through a series of simple clicks. According to François, this is a good thing for business managers. Provided, of course, that you do not cross the line between influence and manipulation.

Business Digest no. 225, April 2012.
A synthesis of several publications, accompanied by an interview of Ludovic François, affiliate professor at HEC Paris, March 2012.