Mary Poppins sang, “In every job that must be done, there is an element of fun. You find the fun and ‘snap’! the job’s a game.” Fifty years later, a growing number of marketing, human resources, and specialists in persuasion are taking these words literally. Their motto: increase engagement by turning communications into a game. 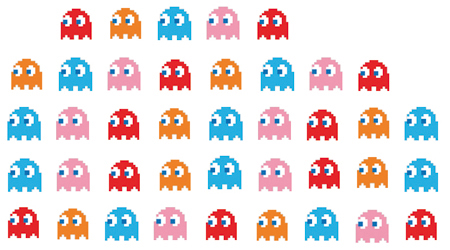 Those who play, play freely. No one can play who is forced to play.*

1. Wide ranging applications
Industry giants like McDonald’s, Nike, and Ford as well as small niche companies like the organic beauty products firm Melvita are using gamification to make tasks more rewarding, foster new behaviors, and create a buzz. At the same time, companies such as L’Oreal and Galderma are using advergames internally to promote new projects, tools, and business activities. Finally, gamification is increasingly used for crowdsourcing – in most cases, a project is divided into a large series of mini-challenges to which Internet users respond for the fun of it.

2. The pros of gamification
This type of advertising allows companies to remain on center stage for far longer than passive advertising (several minutes versus a few seconds). It also holds greater viral potential, and there is little risk of rejection. Believers are adamant about the potential benefits of gamifaction.
• It strengthens message impact.
• A lighthearted tone, playful approach, and virtual rewards generate emotional engagement.
• Learning is made easier outside of a transactional or authoritative setting and at a pace determined by the player.

3. How to optimize a gamification scheme
When gamification proves a letdown, the factors that led to failure are almost always related to poor game conception.
• Is the game too simple?
• Are the rules and purpose of the game not clear?
• Is the game scenario over-simplistic and are the tasks too basic (or, on the contrary, is the game too complicated)?
• Is the game intrusive or presented as mandatory? (Openness to gamification as an internal company initiative generally depends on having a culture where people feel that it is okay to fail.)

Gamification strengthens Galderma’s sales force
Galderma is an international laboratory for the development and commercialization of dermatological products, which was created as a joint venture between Nestlé and L’Oreal. In 2011, Galderma presented its sales force with a relatively traditional game: players could work individually or in groups to advance their avatar along a path riddled with quizzes and situational role-plays. The purpose of the game was to reinforce staff knowledge of Galderma products, encourage people to share ideas and exchange good practices, and to build team spirit. Game participation was voluntary, but it was popular (nearly 92% of those targeted ended up participating). In the end, the game not only strengthened Galderma’s sales force, it also measurably increased company sales.

Read our Focus
Gamification: Should work be like play?