“Although frugality is often the rule in companies in emerging countries, once they have achieved significant growth and cash levels, that initial, positive reflex disappears,” says François De Renière, who runs Diften Transports, one of the leading independent haulage companies in Argentina, Uruguay and Bolivia. Excerpt from his interview with Business Digest: 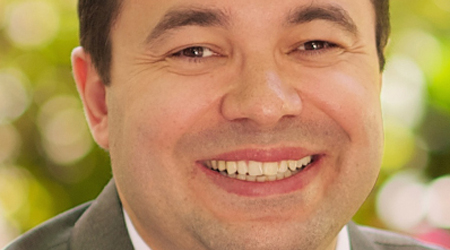 “The best opportunities are found in environments with limited resources,” says François De Renière. “It is the problems of everyday life that push us to surpass ourselves and to keep on coming up with innovative solutions. I worked for many years in a large audit firm in France before leaving for Argentina in 1985. My working conditions were comfortable and rarely forced me to think creatively. After two years in Latin America, on the other hand, I had already founded (and flunked) two businesses.” De Renière’s third company (1987) was the right one: a transport firm with 1,200 employees and $20 million in revenue in 2014. “My aim now is to keep a frugal mindset as the company continues to grow.”

Frugality a factor of agility
The ability to work with limited resources was a “natural” strategic advantage in the 1990s for Diften Transports. Compared to multinationals, the company had the ability to adapt to a highly volatile environment, because it was a question of survival. This was a lesson De Renière had learned after the failure of his two previous businesses in Argentina (the first, created in 1986, in the tourism industry, and the second, also set up in 1986, in restaurant services). During the 1997 crisis in Argentina, when GDP fell by 20% between 1998 and 2002, De Renière decided to diversify. Diften Transports entered the Uruguayan and Bolivian markets while maintaining a much lower level of activity in Argentina. At the same time, most of De Renière’s international competitors were leaving Argentina. “We were able to carry on operating with very few resources, the banks weren’t lending money any more, and contracts were in free-fall. From 2004, our agility meant that we could get ahead of our competitors and make the most of the economic renewal.”

Read the complete dossier
Based on Frugal Innovation: How to Do More with Less by Navi Radjou and Jaideep Prabhu (Diateino, March 2015), “Creative problem-solving in the face of extreme limits” TED Talk by Navi Radjou (TED, October 2014), “The Google Way of Attacking Problems” by Greg Satell (Harvard Business Review, December 2014) and the interview with François De Renière, CEO of Diften Transports, Argentina, March 2015.

François De Renière has a degree in management from ESCP-EAP and a masters in market finance from the University of Montreal.
Tagged with: Innovation, frugal innovation, collective genius