How to diagnose conflicts in leadership teams more accurately

“I think we need a teambuilding session. There’s a lot of personal conflict and trust issues on my team.” We often hear this from CEOs and other team leaders who instinctively diagnose “personal conflicts” or “lack of trust” when their team derails. Before you jump to such a conclusion, there are four issues you need to explore because they are all too often the underlying reasons for conflicts and trust issues. 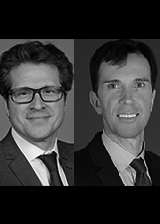 Jacques Neatby is a consultant specializing in executive team alignment and collaboration, and a guest lecturer on executive team effectiveness at HEC Paris and McGill-HEC Montreal. He is also a regular contributor to the Harvard Business Review. Louis Hébert is the Academic Director of the EMBA program at McGill-HEC Montreal and the author of Paroles de PDG: Comment 75 grands patrons du Québec vivent leur métier (Les Editions Rogers Itée, 2014).

1. A lack of alignment on priorities
Before any team intervention, we’ve found it good practice to interview its members individually and ask: “What are your team’s top 3 priorities?” It is surprising how often their answers differ dramatically. It is even more surprising how often their leader is unaware of this. In such circumstances, it is no wonder that team members clash. One of us recalls an Operations VP – who assumed that cost reduction was the team’s top priority given the organization’s debt load – openly expressing disdain at his Marketing colleague’s proposal to invest in the development of new products. Disdain was met with disdain as Marketing felt the top priority was innovation in a market in which the company’s products had become commodities. In this case, what some saw simply as a personal conflict was at heart a misalignment of priorities. Failure to make the correct diagnosis quickly in such situations leads to repeated clashes between the misaligned parties. Eventually, a layer of personal conflict will form around their dispute, making it all the more difficult to resolve.

2. Role overlaps and gaps
Role overlaps lead to turf wars and role gaps lead to finger pointing when a ball gets dropped. Everyone knows this. Nonetheless, we see CEOs and other team leaders blame personalities and a lack of trust when role gaps and overlaps exist. Why? In some cases, it is because leaders assume that their subordinates will manage gaps and overlaps by placing the organization’s interests ahead of their own. In other cases, team members don’t raise role issues for fear their leader will resolve the issue in an undesirable way or that their leader will perceive them as unable to manage complexity. For this reason, carrying out an anonymous survey, in addition to interviews, is helpful to diagnose if a role issue lies behind a teammate clash. Another advantage of the survey approach is that we’ve found that team leaders are more likely to act on numbers (i.e. a low survey score) than on an interview summary.

3. Formal and informal disincentives to collaborate
Formal incentives, such as bonus schemes tied to performance objectives, are meant to encourage individual productivity. However, they can also act as formal disincentives to collaborate and thus lead to team conflict and mistrust. To what extent this is the case depends on the bonus scheme itself, but also on the context. When organizational results suffer and the bonus pie shrinks, a bonus scheme can suddenly exacerbate team tensions as members shift their focus from the team’s performance to their own. When these tensions erupt into full-fledged conflict, few people think to blame the bonus scheme that had hitherto lain quietly in the background. Formal incentives are not the only obstacles to effective teamwork. Certain leadership behaviors can also offer informal disincentives to collaborate and set teammates against one another. For example, one of us worked with an executive group whose leader chose to overlook the meetings outbursts and non-collaborative behaviour of one of his team members. When asked why, this leader responded: “We can’t afford to lose him.” Having given this team member carte blanche to act as he wished, it is no surprise the team leader’s laissez-faire attitude eventually led to conflict within the team. In such instances, the tricky part is not diagnosing the problem but bringing it to the attention of the team leader who might prefer to blame trust issues or a conflict between strong headed teammates.

4. Cultural clashes
Cultural clashes often pass for personal conflict and inevitably lead to mistrust. We will focus on the two types we encounter most often. The first emerges when teammates come from different national or regional cultures. This may lead to differences in how each presents criticism (directly vs indirectly) or view timelines (strict vs flexible). Another difference may concern how they perceive confrontation. When one of us teaches executives at a European business school in Paris, participants are asked: “Raise your hand if you think being confrontational is healthy for team dynamics”. A majority typically raise their hands. Many are then astounded to learn that a minority of hands goes up when the same question is posed to executives at the North American school where we both lecture. Thus, if members of these two groups were put on the same team, it is not hard to imagine why a conflict might arise, or why some might perceive there is a conflict while others do not. A second type of cultural clash that masquerades as a personal conflict can emerge when team members come from different functional cultures, which causes them to hold different priorities. This type of conflict is often seen, for example, between Chief Legal Officers (CLO) who tend to come from risk-averse cultures, and Sales VPs who tend to come come from more entrepreneurial cultures.

There are, of course, many sources of team conflict other than the ones we have outlined above. However, the four sources we have highlighted are in play in almost all the team conflicts we have been asked to address over the years. Thus, it is not recommended to work on personal or trust issues without first checking if these are merely symptoms or the result of problems tied to these four sources. Particular attention should be placed in diagnosing and addressing issues related to the alignment of priorities. This is no. 1 on our list because such issues are so common, particularly on executive teams and, furthermore, effective teamwork is impossible without priority alignment.

Tagged with : behavior, collaboration, discipline, team, collective, Authority, Cohesion, managing
Share this post
Tweet
Published by Caroline Schuurman
Caroline is our editor-in-chief. She play a key role in shaping our editorial strategy, keeping a sharp eye on business research, publications, and trends and interviewing business experts and leaders from around the world.