We identified 10 of the best business books to put in your summer reading list. Topics covered include strategy, forecasting, creativity, talent management and more. We are convinced that at least one of these books is right for you. From the whole team at Business Digest, a nice summer and happy reading!

Strategy That Works: How Winning Companies Close the Strategy-to-Execution Gap

by Paul Leinwand and Cesare Mainardi (Harvard Business Review Press, February 2016).
Two-thirds of executives say their organizations don’t have the capabilities to support their strategy. How can companies close the gap between strategy and execution? Paul Leinwand and Cesare Mainardi, strategy advisors for Strategy&, studied the methods of highly successful companies (IKEA, Haier, Lego, and so on) to identify five best practices for connecting strategy and execution. 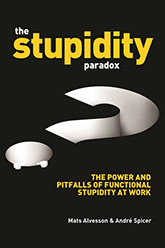 The Stupidity Paradox: The Power and Pitfalls of Functional Stupidity at Work

by Mats Alvesson and André Spicer (Profile Books, May 2016).
A small dose of stupidity can be useful sometimes. It can help people to avoid or look an issue that is too hotly contested, for example, so as to enable cooperation despite conflicting personal interests. But the problem is that too much stupidity can also threaten the very existence of the company. To make your organization a little less stupid, learn how to encourage a culture of questioning and debate. 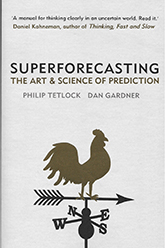 Superforecasting: The Art and Science of Prediction

by Philip Tetlock and Dan Gardner (Crown, September 2015).
How can you better understand and respond to the confusing world around you? From 2011-2014, the American intelligence community sponsored a forecasting tournament that brought together over 20,000 participants from a wide variety of backgrounds and domains, with the aim of studying the outcomes to reveal the methods and traits that anyone can learn to navigate uncertainty more intelligently.

Originals: How Non-Conformists Move the World

by Adam Grant (Viking, February 2016).
What does it take to make the kinds of truly original, disruptive ideas that move companies forward in exciting new directions a reality? To answer this question, Adam Grant exposes many of the myths around creativity and offers ideas and advice to unleash your own originality and that of your teams. 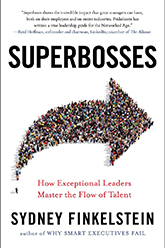 Superbosses: How Exceptional Leaders Master the Flow of Talent

by Sydney Finkelstein (Portfolio, February 2016).
Sydney Finkelstein made an incredible discovery: If you look at the top people in a given industry, you’ll often find that as many as half of them once worked for the same well-known leader. How did these people, whom Finklestein calls “superbosses,” manage to develop an entire generation of leaders? It seems that the greatest “star makers” all share the same talent development strategies in common. 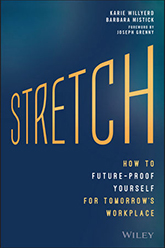 Stretch: How to Future-Proof Yourself for Tomorrow’s Workplace

by Karie Willyerd and Barbara Mistick (Wiley, February 2016).
In the face of constant change that includes new competitors, work practices and technologies, it has become crucial to constantly update your knowledge and skills. To avoid obsolescence, stay alert: learn on the fly, target specific new skills for development, and seek new learning opportunities. 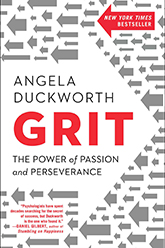 Grit: The Power of Passion and Perseverance

by Angela Duckworth (Scribner, May 2016).
What determines how much you accomplish: your talent, intelligence, education, or how much passion and perseverance you have to achieve your goals? All of these factors play a role in what you achieve in work and life, but, according to Angela Duckworth’s research, the latter – or a quality that she terms “grit” – plays the greatest role of all. 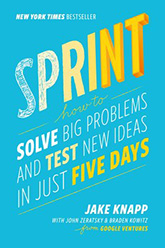 By Jake Knapp, John Zeratsky and Braden Kowitz (Simon & Schuster, March 2016).
Developing an innovation-oriented culture requires a change in mindset: greater openness to experimentation. Easy in a start-up, impossible in a big structure, you say? The authors of Sprint show that even in big companies, it is possible to experiment with new ideas. Case in point: this practical guide explains how to test any idea in five days! 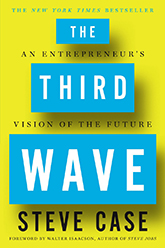 The Third Wave: An Entrepreneur’s Vision of the Future

by Steve Case (Simon & Schuster, April 2016).
Co-funder of AOL in 1985, Steve Case explains how to face the acceleration of technology disruption. According to him, we are entering the third wave of the Internet: “a period in which entrepreneurs will vastly transform major ‘real world’ sectors like health, education, transportation, energy, and food”. In other words, we are entering an era in which leaders will need to develop a whole new set of skills.

Shoe Dog: A Memoir by the Creator of Nike

by Phil Knight (Scribner, April 2016).
The amazing story of Phil Knight, who turned a small start-up into one of the most famous brands across the globe: Nike. To understand his success, you have to go back to 1963, when Knight borrowed $50 from his father to launch a company whose primary mission was to import running shoes from Japan. From the start, Knight’s ambition was to build something unique in the sports industry that would change the life of consumers.