The Adeo Group launched a digital community for its top 350 leaders in 2008, with Business Digest supporting the design and delivery of the editorial management strategy. The platform is an integral part of HR’s response to the corporate drive for greater cohesion and a new form of leadership, which are essential for rolling out Adeo’s strategic objectives. The community is in fine fettle today: it is available on a brand-new social network and continues to aim for targets that are increasingly ambitious. 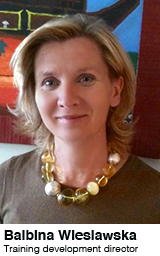 The OPTIMADEO online adventure began in 2008 when Balbina Wieslawska arrived to head up Adeo’s embryonic corporate university. There was an acute need to open a digital space where the group’s “Top 350” could meet and brainstorm. The platform gave leaders the chance to express their views, offered food for thought and provided greater transparency about the Adeo Group’s business environment. Back in 2008, it was a highly innovative approach, since it included discussion topics and community features that were far in advance of what was in practice at the time. In fact, the platform’s innovations have subsequently become widely adopted elsewhere!

Stumbling blocks: the culture, the tool… and the members themselves
At the same time, the newness of digital culture, together with the lack of a company social network, did not help user take-up. In addition, leaders censored themselves when using the site: either they were too afraid to comment on a post or they spoke in their official capacity rather than in their own name. As a result, the system sorely lacked a human, natural touch, and the ideas put forward were too deep and recherché, simply echoing the group’s ambitions.

In 2015 OPTIMADEO online was integrated into the new social network (known as Younity), offering extremely easy-to-use functions for creating communities and conversations as well as exchanging ideas. The editorial management of the community is consistent, and its editorial policy is aligned with the challenges of the Cap 2025 strategic plan. Robust management focuses on the two following areas:
– Developing a mindset that says: “I manage my own learning”. A wide variety of formats (including articles, videos, blended training, discussion threads and sharing) means that members are free to manage their own development and decide for themselves what resources to use.
– Strengthening the joint facilitation and involvement of community members. Internal and external intermediaries are actively sought to publish material and engage in debate; these can be other individuals or other communities.

Key points
As digital awareness has grown since 2008, attitudes have changed and technology has progressed, with an explosion in visits to the portal and user involvement. The new system has been in operation for four months, with hits up 830 active members and 69 of them taking part in spontaneous discussions.
The two key factors in the success of the community are: an editorial management strategy that is strongly aligned with Cap 2025; and a seamless connection to other development resources and communities linked to Cap 2025. In short, the community is embedded in its ecosystem.

Tagged with : community, collaboration, strategy, leadership, Adeo, hosting
Share this post
Tweet
Published by Françoise Tollet
After receiving a degree in agronomy from AgroParisTech and a Masters in Business Administration from HEC in Paris, she spent 12 years in the food industry (cotton, palm oil, and tobacco), first as a consultant, and then, via her strong understanding of how to lead complex investment projects in emerging countries, as the director of development with the Bolloré group. She has run Business Digest since 1998, a company that she co-founded in 1992. And she took the Internet plunge by 1996… even before coming on board as part of the BD team.