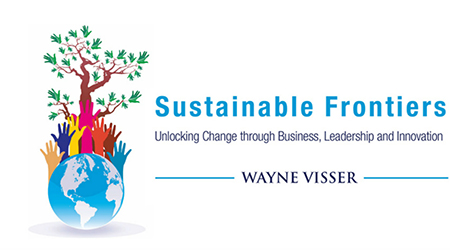 Why we chose this book?
Visser powerfully challenges the status quo by inviting leaders to move away from the notion of “sustainability” (a business he has worked in for 20 years). It is a lesson drawn from Visser’s own experience: “sustainable” development (i.e. “likely to last over time”) is not an effective approach for changing attitudes because, in essence, it consists of wanting to perpetuate an old model of society. In Sustainable Frontiers, Visser calls on us to embrace radical change — and makes us want to follow him in the process.

Our selection
Initiatives to promote a more sustainable world have failed. So says Wayne Visser, who urges leaders not simply to increase the number of sustainable development projects (which has proved fruitless for 20 years) but to fundamentally change society as a whole. Visser’s challenge is to abandon old styles of leadership, outdated business models, and former selfish values in favor of nurturing connections between ideas, individuals, technologies, companies, and so on. The goal is to bring about a sea change in attitudes so that we can build the world of tomorrow — a more prosperous, more just, and more environmentally friendly world. Elon Musk, CEO of Tesla, is a perfect example of a visionary leader who has already made the leap towards this new era. Tesla’s vision is more than just selling electric cars: it’s “to help expedite the move from a mine-and-burn hydrocarbon economy toward a solar electric economy.”

8 sustainable frontiers that are…
Frugal innovation in emerging countries…
Big Data and Analytics: Unlocking the Value
Change goes through communities
Previous
Next