The Container Store: a business model built on empathy

“Treat your stakeholders not how you would like to be treated but how THEY want to be treated.” This is Kip Tindell’s golden rule, which he has given to his teams to observe since setting up The Container Store in 1978. Empathy forms an integral part of the culture of this company, which has registered double-digit growth for nearly four decades. In addition, for the last 15 years, The Container Store has featured in the Fortune list of the 100 Best Companies to Work for. Excerpt from the latest issue of Business Digest: 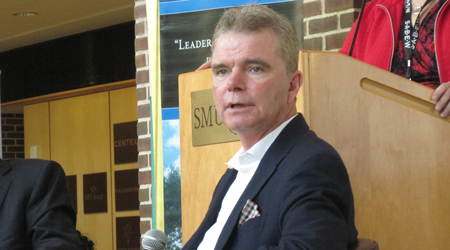 Attracting and retaining the brightest talents
Tindell decided to put his employees first. “By taking better care of our staff than anyone else (with more pay and training), they will in turn take better care of our customers than our competitors do. That means we can retain customers, which ultimately benefits our shareholders.”

Creating win-win relationships with suppliers
Most of The Container Store’s suppliers are small manufacturers that could easily go under if the company stopped placing orders with them. Tindell introduced operational processes to protect suppliers. The Container Store co-finances the development of new products, places orders during recessions to ensure that factories carry on operating, and always pays on time (and sometimes even in advance when companies are experiencing cash flow problems).

Protecting your entire ecosystem
Tindell aims to give back to the company’s ecosystem a part of the wealth that is created:
•  The Container Store safeguards jobs in times of crisis. In 2008, when the brand was severely affected by a drop in purchasing power, Tindell took the decision not to dismiss any employees.
•  It scales down its environmental impact. The company is working with BNSF Railway and J.B. Hunt Transport Services to supply a third of its stores using a combined rail and truck transport system. This will translate into a 40% reduction in its carbon footprint and savings of $ 300,000 a year.

Kip Tindell is the founder and CEO of The Container Store, a leader in storage solutions for individuals and businesses in North America. Tindell attended the University of Austin at Texas, where he was a roommate of another major player in “conscious capitalism”: John Mackey, CEO of Whole Foods. Both men left university without any qualifications.
Tagged with : social responsibility, Organizational empathy
Share this post
Tweet
Published by Mehdi Ramdani