The internet and capitalism: what does the future hold? Premium

Are we witnessing the demise of the capitalist era and the dawn of a new model of society based on zero-marginal costs and a collaborative economy, as suggested by the futurologist Jeremy Rifkin? Although analysts have differing views on how radical the changes are and hold different visions of the future, they all point to the paradoxes of the dominant model and the need to reinvent it. Below is an excerpt from the latest report of Business Digest on this issue. 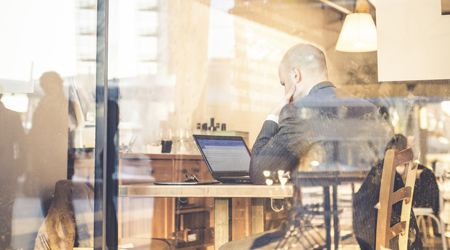 Digital technology: pushing down marginal costs to almost zero
Jeremy Rifkin argues that the technological revolution may reduce marginal costs to almost zero for a wide range of products and services, making them available for free and in large quantities, as is already happening in the music and publishing industries. This revolution goes beyond digital goods and services: the internet of things and big data is starting to make it possible to generate significant productivity gains in all sectors of the economy.

A collaborative economic model is emerging
Thanks to new digital infrastructure and the widespread use of connected objects, tomorrow we will program our devices so that they consume less; generate our own renewable energy and trade it over the internet; and produce our own customized objects with a 3-D printer and share them with the online community. According to Rifkin, who believes that the sharing economy will be the prevailing model in the years to come, this scenario is not just likely but also close at hand.

Could Jeremy Rifkin be completely wrong?
It seems so simple: nothing will cost anything any more, and everything will be endlessly shared… but is it too simple? Eric Raymond, who inspired some of Rifkin’s thinking, published a killer article on his website in April 2014, “Zero marginal thinking: Rifkin gets it all wrong”. The software expert dismantled the futurist’s theory that the disappearance of marginal costs could have an impact on physical goods point by point, his main argument being that the raw material required for 3-D printing and the cost of transporting goods cannot be squeezed.
Jacques Attali drives the point home, too. Although he does not question the societal changes brought about by digital technology, to protect our democracies in the face of the new internet oligopolies, he does emphasize the importance of not falling into the trap of idealizing technology.

Five top bosses have their say
From the conscious leadership advocated by Paul Polman (CEO of Unilever) to the impact of connected objects on industry according to Clara Gaymard (CEO of GE France), a handful of opinion leaders present some of the major trends that are transforming the world of business.

Read the complete dossier
Based on The Zero Marginal Cost Society by Jeremy Rifkin (Macmillan, April 2014); Capital in the Twenty-First Century by Thomas Piketty (HUP, April 2014); The critique of capital in the 21st century by Guillaume Allègre and Xavier Timbeau (OFCE, March 2014); A Bigger Prize: How We Can Do Better Than the Competition by Margaret Heffernan (Public Affairs, April 2014); Who Owns the Future? by Jaron Lanier (Simon & Schuster, May 2013); and the G9+ conference “Internet va-t-il tuer le capitalisme?” with Jeremy Rifkin, Jacques Attali, Jean-Marc Daniel and Clara Gaymard (November 2014).

Is the internet going to kill capitalism?

Mobile learning: corporate education you…
Word of mouth on the Internet: Being aware…
What to expect from the Internet of Things in 2015
Big data: does bigger always mean better?
Previous
Next