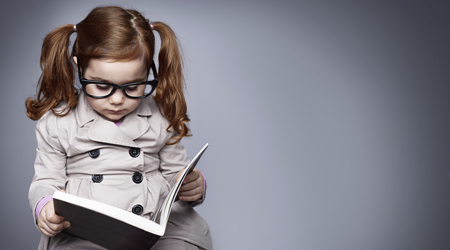 The Business Digest team has selected ten of the most standout books published so far this year to put on your summer reading list. They cover the themes most relevant to you as a business leader, including societal trends, leadership, strategy, organization, innovation, and more. Happy summer reading!


The Key: How Corporations Succeed by Solving the World’s Toughest Problems 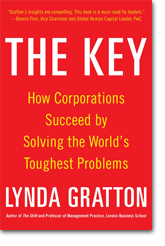 By Lynda Gratton (McGraw-Hill, May 2014).
Climate change, pollution, unfair wage policies… Who is in the position to deal effectively with today’s most serious challenges? From the first page of this book to the last, Lynda Gratton says the answer to this question is companies. Gratton presents practical methods and examples from companies like Vodafone and Unilever to show how business leaders can transform major societal challenges into sources of competitive advantage. 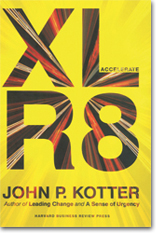 
Six Simple Rules: How to Manage Complexity without Getting Complicated 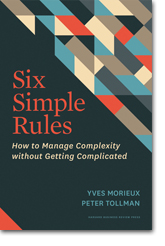 By Yves Morieux and Peter Tollman (Harvard Business Review Press, April 2014).
We create unnecessary complexity in our organizations by devising a host of new procedures for every new challenge. Instead, the most effective leaders simply build solid foundations for collaboration and cooperation, employee empowerment, and rewards for those who take initiative.


Leaders Eat Last: Why Some Teams Pull Together and Others Don’t 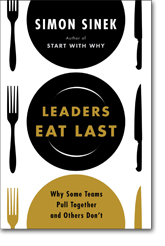 By Simon Sinek (Portfolio, January 2014).
Why are some leaders able to engage their teams fully and others not? According to Simon Sinek, the leaders who foster deep commitment are those willing to sacrifice themselves for the members of their teams. Managers that create a solid Circle of Safety reap both employee engagement and wellbeing, thereby driving better team performance in the long term. And Sinek explains that the reasons for this are biological!


The Second Machine Age: Work, Progress, and Prosperity in a Time of Brilliant Technologies 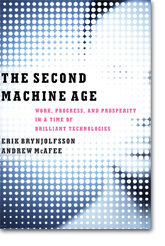 By Erik Brynjolfsson and Andrew McAfee (W. Norton & Company, January 2014).
From Google’s driverless cars to connected appliances and robot reporters, co-authors Brynjolffson and McAfee, both MIT faculty members, discuss innovative machines that are likely to change our lives forever and, at the same time, pose threats to our existing values and systems. Since progress lacks ethical consciousness, it is up to us to keep the machines under control.


Quick & Nimble: Lessons from Leading CEOs on How to Create a Culture of Innovation 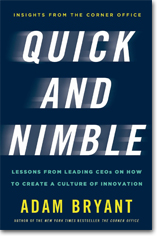 By Adam Bryant (Times Books, January 2014).
When it comes to innovation, advice from experienced business leaders is worth far more than elaborate theories. In this book, Adam Bryant analyzes input from over 200 CEOs worldwide to offer a panorama of best practices for building a strategically-oriented culture of innovation in your company.


Think Like a Freak: The Authors of Freakonomics Offer to Retrain Your Brain 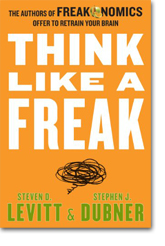 By Steven Levitt and Stephen Dubner (William Morrow, May 2014).
In their latest book, the authors of Freakonomics highlight the valuable lessons to be drawn from seemingly ordinary events. Touting the benefits of taking an unorthodox approach to problem solving, the authors explain how to apply their atypical way of thinking in a three-step method: 1) set your morals aside; 2) acknowledge your ignorance about an issue; and 3) think like a child in order to ask better, more pertinent questions.


The Purpose Economy: How Your Desire for Impact, Personal Growth, and Community is Changing the World 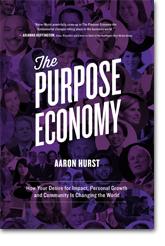 By Aaron Hurst (Elevate, April 2014).
As our needs change, capitalism (as we know it) is also bound to change. In what direction is capital headed? According to Aaron Hurst, we are moving toward a goal-oriented or “purpose” economy. Already, personal quests for meaningful lives are being reflected in the ways people consume goods and services. This is the first step toward a more reasonable economy and new business opportunities.


Can China Lead? Reaching the Limits of Power and Growth 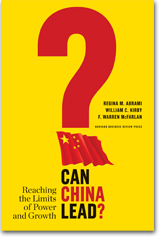 By Regina M. Abrami, William C. Kirby, and F. Warren McFarlan (Harvard Business Review Press, February 2014)
The Chinese model of development is starting to show some cracks. Criticisms include lack of trustworthiness and transparency, excessive nationalism in manufacturing, and endogenous corruption. Furthermore, despite the considerable success of private businesses, favoritism for state-owned companies is compromising competitiveness. China is at a critical point in history. The question is: will the Chinese economy be able to adapt?


The Zero Marginal Cost Society: The Internet of Things, the Collaborative Commons, and the Eclipse of Capitalism 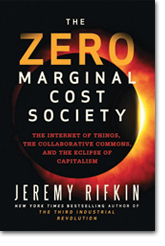 By Jeremy Rifkin (Palgrave Macmillan, April 2014)
Jeremy Rifkin discusses the final stage of the 3rd industrial revolution: the pure and simple end of capitalism. The fact that new technologies are reducing marginal costs to close to zero presents a serious threat to the capitalist model. Add to the mix the gradual yet steady replacement of people by machines, and you can begin to see the emergence of a new world where people no longer find fulfillment in productive effort but rather in collaboration, volunteering, and sharing.