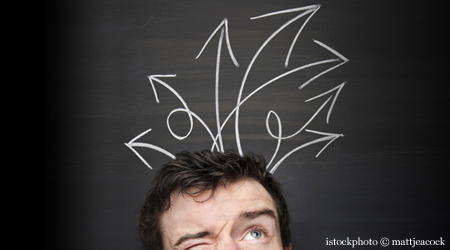 Counteracting the negative effects of group dynamics
• The boss (or expert) is not always right. Groups tasked with making crucial decisions should write off operating models based on hierarchy, because the “legitimate” holder of authority is not always best placed to judge the merits of a particular action.
• What seems like consensus is not always true consensus, since individuals are often loathe to voice their dissent in a group. Check how genuine the consensus is by systematically going around the table, before a final decision is taken, and asking everyone present to express his or her view.

Managing complexity with pragmatism and flexibility
• There is no such thing as “zero risk.” Faced with the deadlock produced by hyper-rationality, prioritize procedural rationality. Ground yourself in simple but strict rules that are not intended to eliminate risk entirely but which make it possible to implement practical solutions that significantly reduce it.
• Too many rules kill the rules. To avoid the excesses of “doing everything by the book,” organizational actors should be given a degree of freedom and flexibility when carrying out their duties, and deviations from the rules should be accepted.

Promoting the flow of information
• Human communication is imperfect. Christian Morel emphasizes the importance of educational interaction for optimizing the transmission of critical information. The officers in nuclear submarine constantly comment on and explain the internal codes and procedures so that everyone can take ownership of them.
• Punishing mistakes is counter-productive. Instead, introduce policies that encourage systematic feedback whenever there is an incident, guaranteeing anonymity and immunity to anyone involved in a malfunction.