How global is your company? Premium 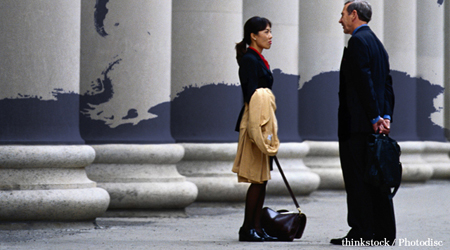 Hammerich and Lewis state that a genuinely “global” company is the exception rather than the rule, noting that strategy is inevitably influenced by national culture. This reality is reflected in the fact that fewer than 2% of Fortune Global 500 companies generate over 20% of their turnover in more than three countries. In the latest issue of Business Digest, we respond to the problem of how to make your business truly global.

2. Developing global talents: In the study “Playing to Win in Emerging Markets,” BCG reveals that fewer than 10% of the top executives of multinationals are based in the emerging countries where they aim to expand. Companies need to develop a global mindset in leaders—by encouraging international mobility all the way to the top of the hierarchy—and hire more local talent.

In the late 1990s, Walmart bought out the German chain Wertkauf for $375 million (21 stores) and Interspar for $750 million (74 stores) in order to establish a local foothold. The group then initiated a compulsory Americanization of all its processes. This strategy backfired, however, and Walmart ended up reselling all of its acquired stores in 2006 to a local company, Metro, citing reasons of cultural incompatibility. Similar failures in South Korea in 2006 and in China in 2007 drove Walmart’s chairman Robson Walton to revise the group’s international growth strategy in favor of adapting to local preferences, going so far as to changing the company’s name in different countries; between 2008 and 2012, Walmart opened 8,500 stores across 15 different countries under 55 different names.

Read our dossier:
How global is your company?

Customer focus, telecommuting, global…
How to develop (true) global leaders
A Global Perspective on Executive…
The power of the collective: L’Oréal…
Previous
Next