Managerial innovation, the key to the successful transformation of OCP 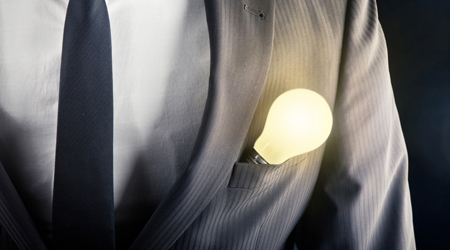 Managerial innovation was the theme of the conference organized on April 7 by EMLYON, Mérieux Université and Business Digest, illustrated by the example of the transformation of OCP (Morocco), with speakers including Amar Drissi, executive vice-president of the OCP group.

Amar Drissi is in no doubt that management is about overall leadership. In 2006 OCP was a company on the brink, only surviving because of its status as a public company and the fact that it was Morocco’s foremost industrial group. But in just a few years OCP was to become the leading benchmark in its sector, the phosphates market (critical for global food security). The road to this improbable transformation was opened up by re-inventing management so that it was simple, sincere and shared—the art of leadership, which, in this instance, made it possible to escape what seemed to be a dismal fate, all the while seeking to preserve the company’s integrity.

This adventure is described in Pascal Croset’s L’ambition au cœur de la transformation, une leçon de management venue du Sud (Dunod, May 2012), a book packed with valuable lessons and winner of the 2013 Manpower prize for best management book. The OCP story is also reminiscent of the history of HCL Technologies related in the book by its CEO Vineet Nayar, Employees First, Customer Second (Harvard Business Review Press, May 2010), which was the subject of a special dossier by the same name in the September 2011 edition of Business Digest, N° 209, September 2010

Take Care of Your People to Draw In Customers

Tagged with : innovation, change, agenda, EMLyon, Mérieux Université
Share this post
Tweet
Published by Françoise Tollet
After receiving a degree in agronomy from AgroParisTech and a Masters in Business Administration from HEC in Paris, she spent 12 years in the food industry (cotton, palm oil, and tobacco), first as a consultant, and then, via her strong understanding of how to lead complex investment projects in emerging countries, as the director of development with the Bolloré group. She has run Business Digest since 1998, a company that she co-founded in 1992. And she took the Internet plunge by 1996… even before coming on board as part of the BD team.