The real reasons to commit to environmental strategies Premium

The idea of environmental responsibility has been burrowing its way into our minds and actions for several decades. And yet, the environment is still under threat — by the rising world population, global warming, and industrial processes that continue to eat up increasing amounts of our natural resources. Players in the private sector need to become more committed to environmental strategies. At the same time, however, economic constraints have increased pressure to pursue only the highest-performing investments. Consequently, it’s very important right now for leaders to understand the powerful financial case for nature. 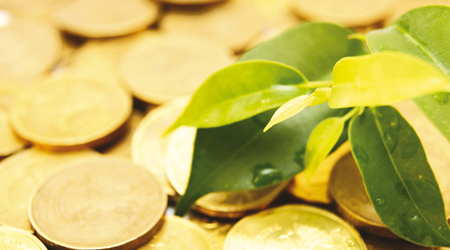 The ROI of environmental conviction
Budget plans often have little room for reducing environmental impact, which can represent significant investments for companies. However investing in environmental strategies is often profitable over the long term due to
• Cost saving
Companies earn big savings by avoiding situations where they have to pay for repairing damages caused by their activities, such as 3M and its 3P program that aims to prevent at source any negative environmental impact.
• Reducing exposure to climate risk
Some companies in Iowa teamed up in 2011 to invest in conserving and restoring the floodplains around their factories using a joint fund of $ 150 million, thereby reducing their exposure to climate risk.
• Securing access to key resources (minerals, wood, water, gas, and so on)
In 2011, to avoid scarcity, FEMSA implemented a massive water conservation program across Latin America.

Deploying a green strategy that is efficient and profitable
Grasping the opportunities of the green economy requires dedicated tools, governance and organization.
• Calibrated initiatives with targeted programs
Choose initiatives that are close to your core business and the expectations of your stakeholders. Go for modest investments with the potential for a snowball effect.
• A genuine company-wide project
The impact of environmental programs should be handled as follows: leaders must be heavily involved and initiatives should mobilize the company’s entire social structure.
• Finely tuned communication
Resist the temptation to highlight only the moral values associated with environmental policies. If you expect there to be a business profit, let it be known internally as this will maximize your teams’ support for the environmental project and change company dynamics. Externally, the green asset is an attractive card to play provided that you have a solid case.
• A dynamic partnership
The environment requires a holistic, multidisciplinary approach. Accordingly, more and more companies are building partnerships and setting up programs with other actors that have complementary interests or expertise.

Business testimonies:
In 2011 the Dow Chemicals group signed a novel partnership with the Nature Conservancy. The aim was to establish a comprehensive financial overview of the interactions between the company’s activities and the ecosystem, especially water resources, upstream and downstream of production. It consist of comparing the economic profitability of two opposing strategies; on the one hand, preventive investments in environmental protection and, on the other, a compensatory stance that consists of monitoring and repairing any damage with the help of modern technology. The first results indicate that preservation is more profitable than repair.

Read our :
The real reasons to commit to environmental strategies

Based on Nature’s Fortune, How Business and Society Thrive by Investing in Nature by Mark Tercek, (Basic Books, April 2013), “Cold-water detergents get a cold shoulder” by Andrew Martin and Elisabeth Rosenthal (The New York Times, September 2011), “Corporate citizenship: profiting from a sustainable business” (The Economist, 2008) and “The sustainability advantage” by Bob Willard (RBC Royal Bank, March 2010).
Business Digest N° 242, December 2013

Tercek (author of Nature’s Fortune) speeks about how he leads his organization’s work in marrying two unlikely bedfellows—environmentalism and capitalism—in a talk at Berkeley (2013).

Recruitment: Three good reasons to favor…
How can companies balance multiple growth…
Environmental Impact: How to implement a…
Plan A, because there is no…
Previous
Next