The five major trends that may solve our biggest problems Premium

Imagine the barriers between the public sector (governments and government agencies), the social sector (social enterprises, NGOs and citizen-led initiatives) and the private sector (business) were removed, releasing billions of dollars in social and economic value. This is the idea behind the solution economy proposed by William Eggers and Paul Macmillan. Below we review the main features of this new economy by examining the five major trends of this movement that will leave their mark on 2014. 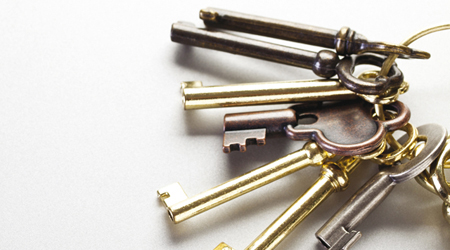 Four players driving change
Four actors who share their resources and creativity as a way of addressing the major challenges facing society drive change in this new economy. They are distinguished by the fact that they look to their neighbors for the skills they lack.
• Investors who stake large sums of money on creative and ethical initiatives.
(through forums and conferences, such those led by Al Gore and Bill Gates).
• Multinationals that measure their performance not only by the value created for shareholders but all stakeholders: their social impact.
• Innovators who find creative solutions to day-to-day problems with the goal of making a profit and whose proce.
• Committed citizens who work alone or as part of a community for the good of society.

Three disruptive technologies driving innovation
New technologies make it possible to mobilize huge amounts of resources and disseminate solutions through significant economies of scale.
• Social networks generate innovative ideas by harnessing crowdsourcing as well as facilitating cooperation.
• Mobile phones enable billions of people to access services from which they were previously excluded.
• Data analysis: in a world saturated with information, big data makes it possible to handle problems with great accuracy and concentrate efforts where the highest social value is created.

Three tradable currencies for rewarding effort
Alternatives to traditional money in the solution economy include:
• Tradable credits for specific markets: the carbon market, for example, is worth $ 176 billion worldwide.
• Citizen time: People are exchanging their time using time banks or microtasking platforms.
• Reputation: the role played by reputation in a world that is becoming increasingly open is spurring companies to increase ethical initiatives in classic win-win situations.

Four new marketplaces for faciliting trade
New technologies have helped to develop new marketplaces that limit the number of middlemen between investors, ideas people, producers, and consumers.
• Two-sided markets put the producer and consumer in direct contact.
• Crowdfunding platforms help individuals source funding from investor communities.
• The SRI (Socially Responsible Investment) fund helps people concerned about the impact of their capital invest in projects that have a positive effect on society.
• Competitions draw ideas from collective intelligence: the challenge is to offer a monetary reward to help develop an innovation that is considered to have particular promise.

Read our dossier :
The five major trends that are solving our biggest problems

This short, animated video highlights the core principles of the solution economy. Discover the concepts developed by William Eggers and Paul Macmillan and review the building blocks of this growing economy.

May in Five Articles by Business Digest
Problems you’ll face in the future thanks…
Resource Revolution: How to Capture the…
Here are 5 not-to-miss articles published…
Previous
Next