In many countries, mass unemployment among youth is currently a national emergency; in fact, the whole world in concerned with this problem. In Europe, the United States, the Middle East, and Asia, there is a veritable epidemic of unemployment among people under age 25. Paradoxically, at the same time, the World Trade Organization reports that 50% of CEOs worldwide cannot find the people with the skills they need.

According to the International Labor Office, worldwide 75 million employable people under the age of 25 did not have jobs in 2012, which is over 4 million more than there were in 2007. The trend presents a serious threat to economic growth and social stability, and its impact is likely to be felt for decades. Paradoxically, at the same time, companies all over the world are complaining that they are unable to fill job vacancies, because they cannot find the right people. In 2011, 80% of Japanese employers said they had this problem, while over 65% of CEOs in Europe declared: “During the next three years, our most serious difficultly will be the shortage of qualified job candidates.” 30% of companies in the United States reported in 2011 that it took over 6 months to fill certain jobs. 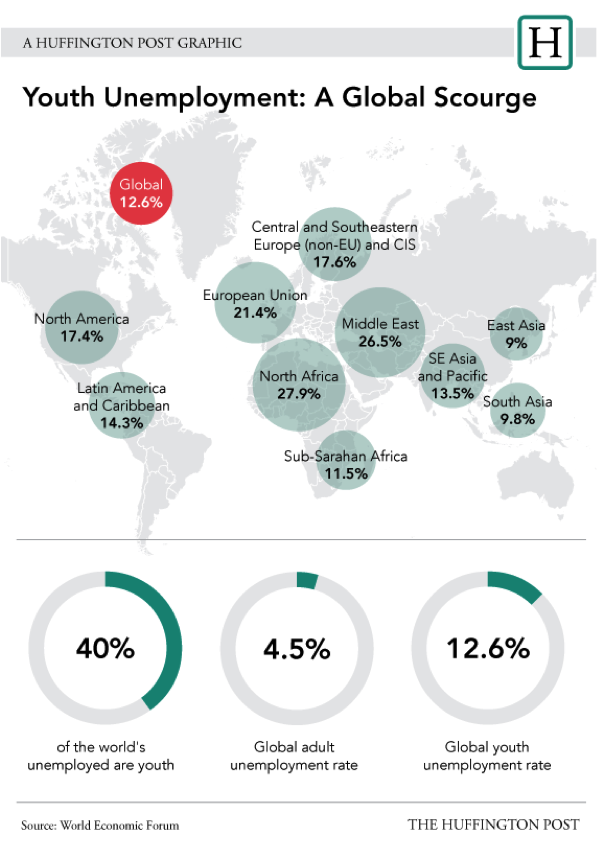 The entry of young people on the job market presents huge business challenges (i.e., considerable investment to enable people to acquire necessary skills), but it also carries huge potential for progress and innovation. What can businesses do to effectively overcome skill gaps? Experts like Peter Capelli, head of the Center for Human Resources at Wharton Business School, say that recruiters can no longer wait for the ideal person—someone who has the exact skills needed for a job—to come knocking at their doors. Instead, companies must actively invest in training, drawing inspiration from developing countries, where talent shortages are even more extreme.

• Plan ahead: establish partnerships with educational institutions to create alignment between the training they offer and the skills your business needs. This is what India’s IT service company HCL Technologies has done, forming partnerships with several engineering schools to increase graduate employability.

• In-house training: Infosys, another example from India, is an IT service company that invested over $240 million (4% of revenue) in employee training and development in 2011. According to the McKinsey Global Institute, as “one of the world’s biggest and most effective training institutions, providing training for 45,000 employees each year,” the company ranks higher than many universities.

Watch the video:
Education to Employment: Designing a system that works

How to close the gap between education and the job market? In this video, McKinsey directors Diana Farrell and Mona Mourshed share insights from our research with 8,000 stakeholders.

Education to Employment: Designing a…
Culture change, personalized team…
Here are 5 not-to-miss articles published…
5 articles not to miss this September…
Previous
Next