Scarcity: Why having too little means so much 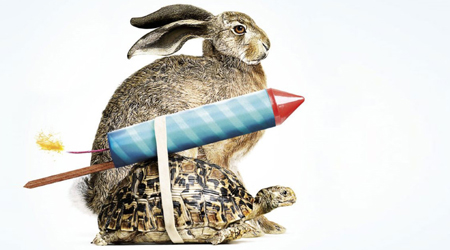 Our selection:
Several years of research have shown economics professor Sendhil Mullainathan of Harvard University and psychology professor Eldar Shafir of Princeton University that many human behaviors are driven by scarcity. When people have fewer resources than they need to accomplish a task, they behave irrationally; for example, busy managers turn into perpetual procrastinators, postponing work on already rushed jobs. This insight might seem contrary to your own experiences: you may feel you are actually most productive when deadlines loom. While this might be true for you in terms of getting the task at hand completed, working in that way most likely causes you to lose sight of the big picture and inhibits your capacity for critical thought. According to Mullainathan and Shafir, the problem is not that managers don’t think enough about managing their time effectively, but actually that they think about it too much! As they race against the clock, the focus on using each minute wisely prevents them from standing back to reflect on how to organize their time better in the future.

Why we chose this book:
Whether the issue is time, money, or another resource, everyone has to deal with scarcity at one time or another. Here, for the first time, researchers focus on the impact of scarcity (or more generally speaking, the feeling of not having enough of what you need) on the human psyche and people’s behavior. This book presents valuable lessons, such as, for example, how managers can overcome tendencies to procrastinate.

Decision fatigue: Keeping a clear head in all situations

Information Overload: How to Stop Too Much…
Don’t give up! Why Grit counts as much as talent
What becoming “data-driven” really means
Gender diversity is men’s business too!
Previous
Next