The art of giving: a surprising new success factor Premium

Most of us assume that success is achieved through talent, effort, and luck. To these three key factors, organizational psychologist Adam Grant adds a fourth: generosity. The ways of working, which have evolved rapidly over the course of the past 20 years, have shifted in favor of those willing to help others (givers) over opportunists who care only about personal profit (takers). 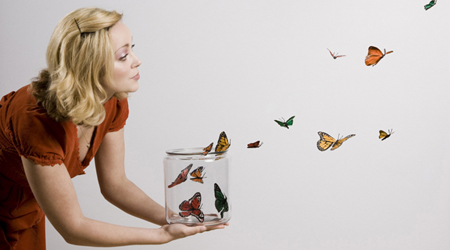 1. What’s your style of reciprocity?
Grant identifies three “styles of reciprocity” – three attitudes that determine how you approach your interactions with others. He says which style you choose has become as influential to your success as hard work, talent, or luck.
• Givers help others without expecting anything in return.
• Takers try to get as much as possible from others, trying to come out on top in every exchange.
• Matchers keep track of exchanges and trade favors back and forth.
Note: While the time and resources that givers devote to others can decrease individual productivity, the fact that matchers tend to reward givers and “tax” takers provides givers with a significant edge in the workplace.

2. Reconciling generosity and individual performance
Giving can be either a powerful advantage or powerful disadvantage – that much is clear. But how can you be sure to practice the kind of giving that propels you to the top rather than sinks you to the bottom?
Guard against the following traps that can turn a healthy concern for the wellbeing of others into a destructive, self-defeating attribute:
• Reluctance to ask for help: “Selfless givers are determined to be in the helper role, so they’re reluctant to burden or inconvenience others.” By contrast, self-interested givers build up support networks that they can access for help as needed.
• Timidity: “Becoming a doormat is a giver’s worst nightmare.” For a giver to behave in healthier, more assertive ways, particularly in zero-sum situations where they tend to resist advocating for their own interests, studies show that it helps for givers to imagine they are negotiating on behalf of someone else
• Empathy: This trait can be dangerous for givers – who tend to score higher in empathy than others — because it makes them vulnerable to manipulation, putting them “at risk of giving away too much,” particularly in negotiation settings.

3. Don’t let yourself be manipulated by takers
To be generous and yet still avoid being manipulated, it’s critical to distinguish accurately between givers, takers, and matchers
• Identify takers: Givers may hide behind unpleasant exteriors, and takers can be very pleasant to deal with, so analyze initial conversations carefully for signs of giver versus taker tendencies.
• Generous tit for tat: Successful givers “start out with trust as the default assumption” but will shift modes from giving to the more conventionally established business norm of strict “tit for tat,” or matching, when confronted with takers. “One of out of every three times,” recommends Grant, “it may be wise to shift back into giver mode, granting so-called takers the opportunity to redeem themselves.”

Read our dossier
The art of giving: a surprising new success factor

Based on Give and Take: A Revolutionary Approach to Success by Adam Grant (Viking, April 2013) and an Interview with Anita Chandraker, Head of the IT Delivery Practice at PA Consulting Group, September 2013.
Business Digest nº 239, September 2013.

Watch the video
The Surprising Truth about Who Gets Ahead

Give and Take author Adam Grant describes the dynamics behind the success of “givers.” Among their strengths is the capacity to build and take advantage of solid, durable social capital.

Tagged with : personal development, personal qualities, generosity, Self-efficacy, to give
Share this post
Tweet
Published by Caroline Schuurman
Caroline is our editor-in-chief. She play a key role in shaping our editorial strategy, keeping a sharp eye on business research, publications, and trends and interviewing business experts and leaders from around the world.