Who Owns the Future? 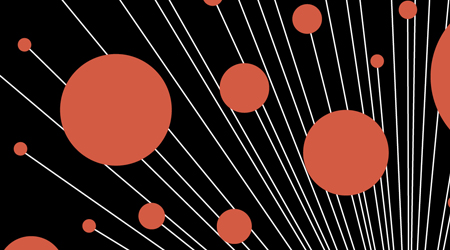 What if, contrary to popular belief, the resources of the digital economy were controlled by a mere handful of players exploiting free data from billions of users? According to web expert and virtual reality pioneer Jaron Lanier, the Internet’s current structure has proven incapable of upholding its founding principles of sharing, collaboration, and equality.

Lanier is an eminent thinker about web issues as well as a musician and visual artist. In Who Owns the Future, he laments the fact that some companies are generating huge profits without actually creating much of anything, notably in the midst of recession. He points out that while Kodak employs 140,000 people and depends on innovation for business profit, Instagram employs just 13 people and earns tremendous profits from pictures shared by the masses free of cost (Instagram was bought by Facebook in 2012 for $1 billion). This leads Lanier to the conclusion that in its current form, the digital economy is largely contributing to social inequality.

What is the key to more effective distribution of wealth? Lanier suggests creating a marketplace where information (data, pictures, and so on) must be paid for. Think about it: if your network considers your vacation pictures valuable, you could earn money for them. This idea stems from the kind of thinking that led to the creation of the web in the first place. In the early 1960s, sociologist Ted Nelson invented hypertext (to allow computerized documents to be shared on a network), which heralded the emergence of the Internet but involved paying those who contributed data.

Why we chose this book
Jaron Lanier overturns popular beliefs about the sharing economy. He takes a lucid look at how the web has evolved and especially how social networks have developed, and the direction that businesses have been pushing towards in recent years. This offers business leaders considerable food for thought about what drives people to collaborate. Indeed, web users are not being paid, so why do they share so generously? And if they were paid, would the ideas they share be more valuable?

The End of Normal: The Great Crisis and…
The Inevitable: Understanding the 12…
Data Analysis: A Strategic Issue for the Future
What will work look like in the future?
Previous
Next