Racial prejudice: “My Culture Made Me Do It”

According to HEC professor Eric Uhlmann and University of Virginia professor Brian Nosek, we are surprisingly more aware of our own prejudices than previously thought. Even more significantly, the researchers find that we blame those prejudices on cultural socialization in order to avoid having to confront our own racism. 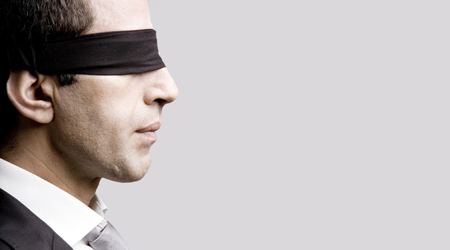 Based on “My Culture Made Me Do It: Lay Theories of Responsibility for Automatic Prejudice” by Eric Louis Uhlmann and Brian A. Nosek (Hogrefe Publishing, 2012) and an interview with Eric Uhlmann, February 2013.

Prejudices serve to justify inequalities
“Prejudices are often a way for a group of higher social status to explain their privileged position in society,” says Eric Uhlmann. He goes on to cite the example of the disproportionate number of African-American men in prison in the US: “If you stereotype them as more aggressive than white people, it’s a way of rationalizing this situation, as opposed to addressing the historical roots of social inequality.” How can we address the problem of racial prejudice? The first step is developing deeper awareness.

People aware of prejudices but blame culture
Lack of awareness tends to promote racial prejudice. However, Eric Uhlmann and Brian Nosek show that people are actually generally fairly aware of their prejudice. Rather than the existence of racial prejudice, awareness is a problem more in terms of its origins. The majority of people do not take responsibiity for their own racial prejudices because doing so would threaten their sense of identity. In the words of Eric Uhlmann, “We don’t want to look racist and one way to resolve it is to attribute our negative thoughts to culture.”

What are the implications for managers?
The idea that people who are more aware of racial prejudices are less likely to discriminate in the workplace continues to fuel movements to raise awareness. Eric Uhlmann points to the example of “diversity training” in the US, which often takes the form of public speeches from visible minorities about what it feels like to be discriminated against. However, he notes, it’s also important to explain where those prejudices come from, including his finding that people tend to attribute blame for their prejudices on cultural socialization in order to avoid confronting their own racism. If people continue to blame their racial prejudices uncritically on culture, they are less likely to take personal responsibility for changing their attitudes. In order to deepen awareness in such a way as to change mindsets more effectively, therefore, Eric Uhlmann says it is important that this issue be addressed in the education system and in the news.

Article summary published in research@HEC no 32 (March – April 2013), a journal that has been promoting the research of HEC Paris professors since 2007. Business Digest partners with HEC Paris and the HEC Foundation in the production of research@HEC.

A handbook on social and ethnic diversity