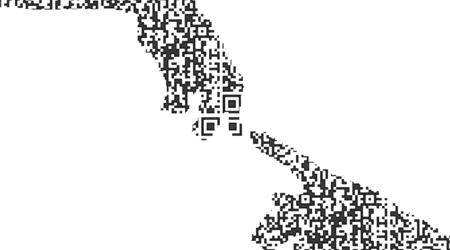 Our selection
He doesn’t look the same, doesn’t communicate the same way, and doesn’t live in the same space anymore. A new kind of human is born out of the growth of new technologies — one who writes with both thumbs and talks in code. Michel Serres affectionately names this human, Thumbelina. He prefers not to glorify the past with a pessimistic view of Gen Y (born with mobile phone in hand); on the contrary, the renowned philosopher and member of the French Academy calls for greater tolerance, noting that this generation is being forced to reinvent everything in the face of economic, social, and cultural upheaval. What’s more, according to Serres, the “Thumbelina” generation represents an entirely new form of humanity and one that currently holds the future in its hands — or rather, between its thumbs! This is a world where access to knowledge is no longer the issue, but rather how it is used, such as the benefits of considering disparate and even conflicting information (whereas, on the contrary, neat and tidy checklists tend to stifle discovery) and the uncertainties of serendipity (the art of identifying what you weren’t necessarily looking for). These skills bring to mind Montaigne’s idea of “a brain well formed rather than one well filled.” One of Serres’ main assertions is that having a computer at your fingertips reduces the importance of the ability to memorize and store knowledge in your head. Students today listen to teachers on subjects they can easily look up on Wikipedia afterwards. In this way, we are moving from a “society of one-way spectacle” to a “civilization of access,” which, according to the author, will see the victory of the multitudes over elite leaders and increased questioning of established doctrines. If all goes well, he maintains, these developments should lead to more egalitarian societies.

Why we chose this book
In the words of Michael Serres: “A number of HRDs have told me, ‘I understand the new generation that is currently entering the job market better after I give job interviews with them.’ That is significant! And I feel that this book is a guide for those people … Thanks to this book, they can acquire a little insight into what is happening today. And the lessons here similarly apply to anyone who works with generations that may have very different behaviors than their own.”

A look at the exceptional meeting with Michel Serres organized by Library Sauramps on Friday, March 15, 2013, where he presented Thumbelina (Éditions Le Pommier).