Environmental Impact: How to implement a target zero project 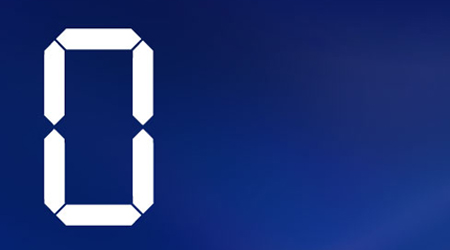 Based on Zeronauts by John Elkington (Routledge, 2012).

By the middle of the current century, there will be 9 billion people on the planet. This demands fundamental changes in perspectives, mentalities, behaviors, cultures, and overall paradigm. According to John Elkington, we have reached the end of an era characterized by rapid population growth. People’s aspirations are evolving, and their impact on the planet call for a new type of innovators, entrepreneurs, and investors to inspire future world leaders. Elkington’s “Zeronauts” are this new breed of innovators willing to tackle problems like carbon dioxide emissions, waste, toxic substances, and poverty, and determined to reduce them to zero. Because our planet is indeed on fire, and governments and institutions are only taking meek steps tantamount to putting band-aids on artificial limbs. Only the business world can have a significant impact on the major issues ahead. Zeronauts are innovating in an amazing range of fields, and they are focusing on a huge variety of economic, social, and environmental management issues. The five core challenges they are concentrating on are: population growth, poverty, pandemics, pollution, and the proliferation of weapons of mass destruction. Elkington draws on total quality management concepts (especially zero defects) and introduces a five-step “Pathways to Zero” process that begins with discoveries of new ways to do things and develops into a new type of sustainable model for the global economy.

This 2013 report by John Elkington involved interviews with 120 influential business leaders who shared their insight on how business leaders (as Peter Brabeck-Letmathe of Nestlé) are tackling global society issues.

2) the video
A new breed of leaders

John Elkington, challenges everyone to “break the sustainability barrier” at the Singapore International Foundation’s Ideas for a Better World Forum, 2011.

Tagged with : innovation, prospective, CSR, reading list, Zeronauts
Share this post
Tweet
Published by Françoise Tollet
After receiving a degree in agronomy from AgroParisTech and a Masters in Business Administration from HEC in Paris, she spent 12 years in the food industry (cotton, palm oil, and tobacco), first as a consultant, and then, via her strong understanding of how to lead complex investment projects in emerging countries, as the director of development with the Bolloré group. She has run Business Digest since 1998, a company that she co-founded in 1992. And she took the Internet plunge by 1996… even before coming on board as part of the BD team.

What successful project managers do
The real reasons to commit to…
Plan A, because there is no…
What is the impact of the city 2.0 on…
Previous
Next