Lean In : Women, Work, and the Will to Lean 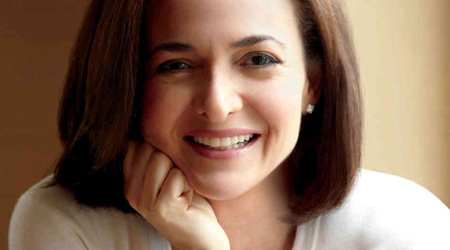 Our selection:
Why are only 21 large American companies run by women, when they represent more than 60% of master’s degree holders? Find out why with Sheryl Sandberg, a Harvard graduate and the right hand of Facebook CEO, Mark Zuckerberg, in her book Lean In (i.e., buckle down). According to her, women create invisible barriers to professional success by internalizing the messages they’ve been exposed to all their lives. Torn between family life and professional obligations, they prefer to stay in the wings rather than make their voices heard loud and clear. Sandberg offers a wealth of advice to her female peers to help them overcome the current social order as dictated by the hierarchy of the sexes. She encourages women to talk to their managers about their plans to have children, to smile more when negotiating a salary increase, or to cry when nothing goes right. In short, this “wonder woman” is all about challenging the male-dominated standards that continue to rule in the world of work (such as by leaving the office at 5:30 p.m. to take care of her two kids and then going back to work in the evening). A feminist manifesto Silicon-Valley style, the book has stirred up controversy across the Atlantic, with certain critics taking issue with the fact that it’s easier for a wealthy women like Sandberge to “believe in her dreams” and “take charge,” as she advocates, than it is for your average working woman. We look forward to following the uproar around Lean In to see what comes of it!

Why we chose this book
Facebook COO Sheryl Sandberg’s new book Lean In expands on her Ted Talk “Why We Have Too Few Women Leaders,” which was seen over 2 million times. Whether you agree that Lean In offers “a vital and sharp message for women and men” (Jim Collins, author of Good to Great) or think instead that the book spends too much time encouraging women to copy everything “men have been doing wrong,” (James Allworth in a blogpost for the Harvard Business Review), this controversial book is generating lively debate around the important issue of how to empower more women in the workplace!

How Sodexo is Bringing Women Into Management

Watch the video
Why we have too few women leaders

Sheryl Sandberg looks at why a smaller percentage of women than men reach the top of their professions — and offers 3 powerful pieces of advice to women aiming for the C-suite.