What is the state of corporate gender equality today? 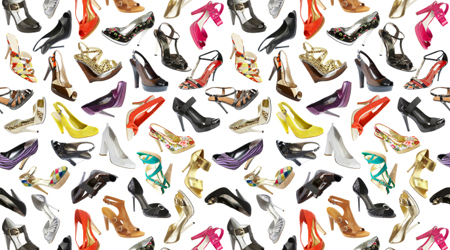 Women are better collaborators and better managers than men. They are more creative, have greater integrity, and work harder for results. These are just some of the findings from a 2012 Zenger-Folkman [1] study on women’s leadership. While the validity of such generalizations is debatable, the study’s findings nonetheless serve as a reminder that there is no real justification for women’s lower employment rates (64% women vs. 71% men in the EU), lower salaries, and fewer senior management positions. It’s early 2013, and while gender equality in the workplace continues to advance, the road ahead is still very long.

Pay inequalities
According to a February 2013 report published by the European Commission, the average salary difference between men and women in the EU is 16.2%. This means that women must work an average of 59 days more than men to earn the same amount of money. Explanations include men being more likely than women to work in high-paying fields, and men and women not having the same access to management positions.

Glass ceiling as solid as ever
Only 25% of leading European corporations have two women or more on their executive management teams (versus over 50% in the United States!). In other words, out of the 972 senior leadership team members at Europe’s 100 highest performing companies, just 94 are women (less than 10%). What’s more, the large majority of those 94 women (67%) work in support functions like communications and human resources. 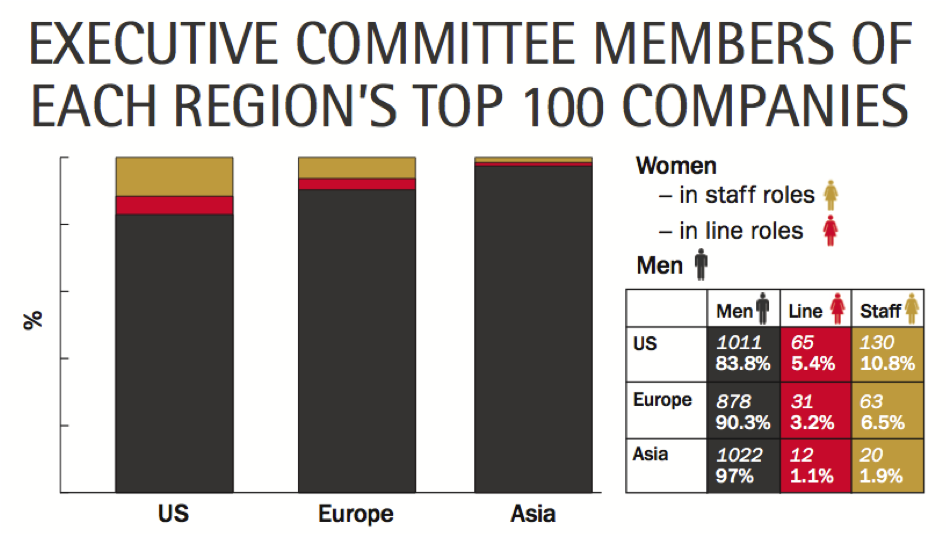 Greater gender inequality in emerging countries
“Women are the most under-utilized asset in the global economy,” says Angel Gurria, general secretary of the OECD. For example, in a country like India, if women had the same access to jobs as men, the country’s GDP would increase by 27% [2]. The failure of companies to draw on this under-utilized talent pool is even more surprising given that women are on average more educated than men, and that companies in emerging countries say they are having trouble recruiting new talent [3].

Gender diversity is men’s business too!

Based on, among others, the JUMP Forum and the Forum Européen Diversité, “Engaging Men in Gender Initiatives” by Jeanine Prime and Corinne A. Moss-Racusin and an interview with Frank McCloskey, retired vice president of Diversity & Inclusion, Georgia Power, June 2012.
Business Digest nº 228, july 2012

Based on the JUMP Forum and the Forum Européen Diversité, “Engaging Men in Gender Initiatives” by Jeanine Prime and Corinne A. Moss-Racusin and an interview with Frank McCloskey, retired vice president of Diversity & Inclusion, Georgia Power, June 2012.
Business Digest nº 211, november 2010

Gender diversity is men’s business too!
Harnessing influence to serve corporate strategy
The stress-free approach to adopting a…
Mobile learning: corporate education you…
Previous
Next