What can you do to retain restless younger employees? Premium 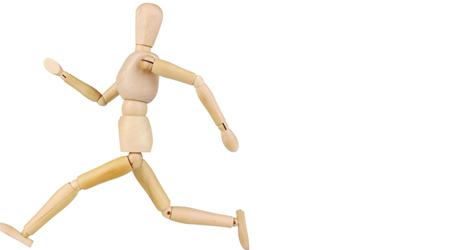 According to a 2011 Deloitte global survey, merely 35% of employees expect to stay with their current companies. What’s more, the younger the employee, the higher the risk of defection. A 2012 PricewaterhouseCoopers study reveals that 38% of people born in 1980 or later are actively looking for new jobs. What does it take for companies to form lasting relationships with today’s younger generations?

1. Make newcomers feel welcome
A firm only has one chance to make a good first impression, and a person’s first few days on the job are often decisive in terms of their future together. Development of a sense of “class spirit” with other new hires, establishment of regular meetings, and organization of mentoring partnerships between seniors and young talents all aid in the integration of younger hires.

2. Think short term
The idea of tranquilly pursing a straight career path is not very appealing to people who have recently entered the workforce, especially the youngest generation. To keep their flame burning for the long run, companies must respond to their taste for challenge and thirst for learning. Enable people to evolve and advance from mission to mission and meet with them regularly to talk about their goals.

3. Respond to people’s genuine desires
A regularly increased salary and a promotion every two years are quite nice… but are not enough. Nowadays, there is a broad range of ways in which company appreciation can and should be expressed, such as training modules, and the arrangement of working hours and the work environment to create optimal working conditions for younger hires.

Voyages-SNCF: jump on in!
To foster loyalty among its seedlings and especially digitally-savvy talent, Voyages SNCF (approximately 400 employees, average age 32) focuses on “instantly gratifying” projects. Since 2010, this has meant a series of “Love Teams,” which are composed of marketing, technical, and customer relations specialists who meet on a weekly basis to analyze customer feedback and come up with improvement initiatives.

Watch the video
How to attract & retain Gen Y Employees

Human capital is the most important asset we have and finding the right people is now more important than ever. Watch this video to learn the tips Hugh Johnson, Vice President of Small Medium Business at TELUS and Mark Healy, Managing partner at Torque Consulting Group share regarding attracting and retaining Gen Y employees.

How Vineet Nayar put employees first at…
Fish Can’t See Water: How National Culture…
Mobile learning: corporate education you…
How can you spread your ideas?
Previous
Next