Dancing guy: a lesson in followership? 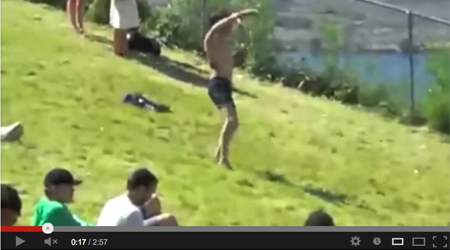 Are genuine leaders not the people who start movements but rather those who dare to follow, not caring they look ridiculous?

Derek Silver, founder of CD Baby, uses the example of the “dancing guy” to illustrate that when it comes to starting a movement, leaders must stand out from the crowd and set the example, and that “first followers” also have a critical role to play. Indeed, without the latter, leadership is futile. Imagine a mountain guide without hikers: it would be pointless. The brave people who dare to be the first to jump in and join the leader incite others to do the same, thereby transforming an oddball with an idea into a true leader, worthy of following. In other words, first followers are the sparks by which a fire is lit, whereas the leader is simply the flint.

What is the lesson of this story for business managers? That the value of leadership may well be overrated, and that of followership, underestimated. Anyone interested in starting a trend should pay close attention to his or her supporters, especially the first among them. After all, it takes at least two to tango…And five, six, seven, eight!

Innovate over the long term, acquisition…
Previous
Next