Do we need pirates? 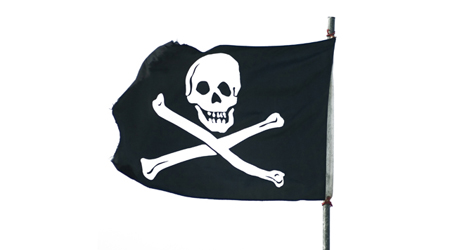 What do the following have in common: 17th century sea pirates, 20th century radio pirates, today’s cyber hackers and tomorrow’s conquerors of outer space? They all play a key role in defining capitalism, challenging it and helping it to develop over time. Let’s take a look at what is happening at the frontiers of business.

Although pirate organizations see themselves as active protestors against capitalism, they are actually a catalyst for capitalism’s evolution and longevity.

The history of capitalism is littered with similar examples where, as soon as new economic territories are conquered, states set up monopolies as a way of imposing norms, terming any challenges to their attempts at regulation “acts of piracy.” Could “pirate” organizations in fact be a key force in the development of capitalism?

1. Piracy and capitalism: between attraction and repulsion
Capitalism, which responds to the conquest of new territories, constantly changes form under the pressure of external forces that compel it to adapt. By questioning how States seek to establish monopolies, the pirate organization functions as one such force, pushing capitalism in new directions.

2. Major areas of modern piracy
Piracy thrives where newly explored territory does not yet have clearly defined boundaries.
• The Internet: From the beginning, pirate organizations have protested at the national level against attempts to regulate the Web, which they perceive as censorship.
• Biotechnologies: some biopiracy organizations such as the Craig Venter Institute have announced that they possess the means to create and patent new synthetic species, thereby flying in the face of governmental norms.
• Space: Although no governments are currently seeking to appropriate outer space for themselves, the launch of the first space module in 2010 by the private company SpaceX raises questions about the future frontiers of the cosmos.

3. Why should business take an interest in pirate organizations?
Pirates disrupt the rules on ownership rights, thereby contributing to the rise of capitalism, and they provide insight into possible developments in economic rationale. For example, internet hackers constantly push large companies to be more innovative and so help to restrict rampant profiteering in the new economy. Perhaps most significantly, pirates operate at the frontlines of capitalism, which means that keeping a closer eye on them would undoubtedly help leaders to anticipate some of the major breakthroughs of tomorrow.

Read our dossier
Do we need pirates?

Based on The Pirate Organization by Rodolphe Durand and Jean-Philippe Vergne (Harvard Business Press, December 2012) and an interview with Rodolphe Durand.

Watch the video
What is the Pirate Organization?

A short animated video that examines the foundations of pirate organizations and how they change the rules of capitalism.

To Maintain Trust in the Workplace,…
Why do we still need the organization?
Previous
Next