Shortages of water, energy, and raw materials and global warming due to greenhouse gas emissions… If, since the 19th century, producing more has been considered a sign of growth, now may be the time to look instead to frugal innovation in emerging countries and its focus on producing better rather than more. Is this about cutting costs? Yes, but there is more to it than that. Frugal innovation is an excellent way to reduce industry’s use of natural resources and limit its environmental impact. 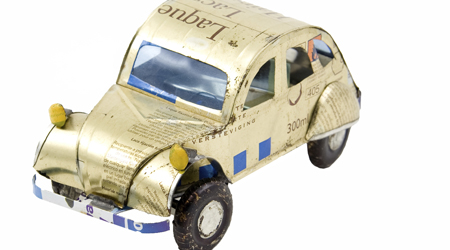 A 2010 study conducted by Accenture shows that residents of emerging countries such as China and India are more environmentally responsible than their Western counterparts. 84% of consumers in developing markets are willing to pay more for eco-friendly products, compared to barely 50% of consumers in developed markets. What is the reason for this difference? According to InfoWorld analyst Sumner Lemon, the difference is rooted in the fact that emerging countries have been exposed to and treated waste from developed countries for years, raising awareness among emerging market companies about the need to reduce their ecological footprints via frugal innovation.

What are the key characteristics of a frugal innovation strategy that successfully reconciles growth and environmental responsibility?

1. Favor renewable resources. In regions with limited resources, reducing the use of water, energy, and raw materials is not merely an option: it is a matter of survival. So it makes sense that many companies in emerging countries are experts in the art of using frugal resources such as bamboo and palm wood, which is available in large quantities at low cost.

2. Optimize manufacturing processes. Even companies accustomed to working with abundant resources are now concerned about limiting their environmental impact. In 2009, PepsiCo India launched the “positive water balance” initiative to reduce the amount of water used in drink manufacturing processes, redistributing the saved water to people living near the company’s factories.

3. Do away with the throwaway economy. Many emerging countries, companies, and NGOs are proposing simple but sturdy products and, above all, focusing on recycling and repair rather than disposable items. For example, the Solar Bottle Bulb is a make-it-yourself lamp that uses solar energy to provide light to homes without access to electricity.