Develop your influence – Do not avoid office politics Premium

“I never get involved in politics,” “I hate power plays, they create a bad atmosphere in teams.” Associated with ego and underhanded manipulations, politics have a bad name in companies. Yet, given recent financial constraints, political maneuvering for limited resources is on the rise. Is this cause for concern? 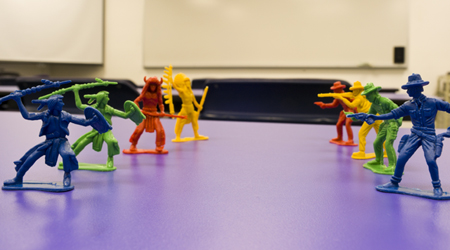 In a difficult economic situation, leaders are expected to have political sense.

While talk of “HR policy” or “sustainable development policy” surprises no one, individual political practices remain a taboo subject within companies. However, political conscience and sense are key leadership skills. They are assets for all leaders who want to improve their ability to act and convince others to act with them.

1. Identify the most common power plays
• Struggles of ambitious young professionals looking to make a fundamental change in organizations by questioning formal authority.
• Noncompliance via sabotage and inertia with the aim of curbing or redirecting strategic decisions.
• Empire construction, which enables manipulators to increase their power through seduction, promises, and so on.
• Budget race, where the objective is to receive adequate funding but also becomes about competing with other “enemy” departments.

2. Stay off the sidelines
Red flags for leaders, power plays reveal a more or less latent dysfunction.
• Ignoring them runs the risk of having them negatively impact the social climate and, ultimately, the performance of teams
• Refusing to take part is to risk being seen as naive, isolated, or in an “ivory tower” and, thus, gradually sidelined
In short, taking an active role in office politics is a management responsibility!

3. Build your political good sense
Having a political sense (and using it) is not about becoming an expert in manipulation, but rather, developing situational intelligence and using legitimate influence to advance the company, its projects, and its teams. The challenge is mapping the power plays taking place and situating yourself; listening to the needs of those around you and understanding limitations; and maintaining your network to disseminate ideas.

[Quiz] Resolve to start the year off right…
How miscommunication happens (and how to…
Avoid obsolescence: never stop learning!
Office Design: Microsoft Finland reinvents…
Previous
Next