A sense of progress: Important source of engagement Premium

It is clear that motivated employees perform best. But what is the key driver of motivation? Making consistent, daily progress in the work itself, say Teresa Amabile and Steven Kramer, whose research sheds light on the processes that underlie motivation, revealing the most effective principles and behaviors for combatting employee disengagement. 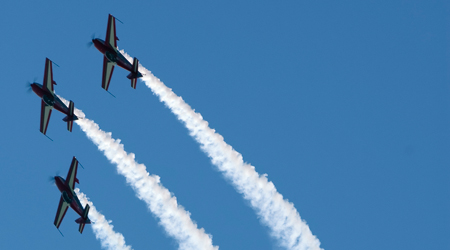 The gap between observable work life and what goes on below the surface is the focus of a comprehensive research project led by Drs. Teresa Amabile and Steven Kramer. Their study of the hidden emotions, perceptions, and motivations that underlie observable work life proves that positive thoughts and feelings measurably improve performance results, and that the most effective way to foster such positivity in staff is by supporting their ability to make progress in their work.

1. Nothing motivates better than progress
What keeps videogame players focused hour after hour? Progress bars that are constantly visible onscreen as players engage in the game. So why not consider introducing an equivalent to videogame “progress bars” in the workplace?
The authors identify the “three key” drivers of employee satisfaction at work: progress as an instance of moving forward in the work itself; direct support of the work ; and emotional support such as recognition or encouragement. By comparing the satisfaction of employees with their performance (assessed by their peers), they also show that a positive state of mind.is associated with enhanced performance results.

2. What prevents managers from supporting progress?
“In light of our results, managers who say—or secretly believe—that employees work better under pressure, uncertainty, unhappiness, or fear are just plain wrong,” say Amabile and Kramer. When managers adhere to certain blocking beliefs, they are prone to obstructing rather than facilitating progress. The main two blocking beliefs are :
Blocking belief n°1: “Progress is an individual responsibility.”
Blocking belief n°2: “One reward compensates for a thousand frustrations.”

3. How to facilitate progress?
The support of individual progress is thus a management responsibility and a key factor of performance. This support does not relate to personality or background but instead consists in a series of actions that any manager can choose to practice.
Rule n°1 : Resist the temptation to micromanage
Rule n°2 : Break vicious cycles of demotivation

Read our Dossier
A sense of progress: Important source of engagement

Tagged with : performance, motivation, engagement, team
Share this post
Tweet
Published by Françoise Tollet
After receiving a degree in agronomy from AgroParisTech and a Masters in Business Administration from HEC in Paris, she spent 12 years in the food industry (cotton, palm oil, and tobacco), first as a consultant, and then, via her strong understanding of how to lead complex investment projects in emerging countries, as the director of development with the Bolloré group. She has run Business Digest since 1998, a company that she co-founded in 1992. And she took the Internet plunge by 1996… even before coming on board as part of the BD team.

Transforming conflict into a source of inspiration
Dare to be messy: tapping an unrecognized…
Digital transformation, engagement,…
Team of teams: New rules of engagement for…
Previous
Next