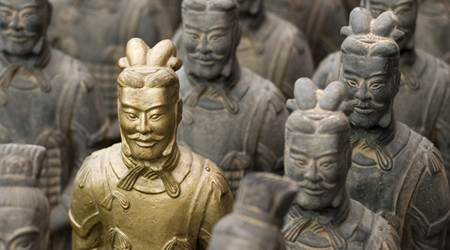 Creative leadership: a key to help confront the complexity of the world. How can leaders reinvent themselves continuously to achieve inspired leadership?

Infosys, the why of a rapid development
Haphazard leadership was not behind the rapid development of Infosys. With the motto of “leaders transform the current reality into future reality,” nothing is left up to chance. Leadership at Infosys is broken down, mapped, planned, mentored, and above all shared through a seven-dimensional model.
The Infosys adventure began in 1981, with seven inexperienced co-founders, 1000 rupees’ capital (about $200), and one customer. Now, thirty years later, the IT services corporation ranks 2nd behind market leader Tata Consulting, is listed on the Nasdaq 100, reports $4.8 billion in annual revenue, and employs 122,000 people in 50 countries. How did the company get to this point?

At the root of this Indian story of rags to riches lies a visionary approach to leadership.

The same goes for IBM,
which celebrated its centenary in June 2011. This anniversary was notably marked by their position as the world leader for quality leadership. Here again, there’s no miracle. Leadership at IMB is grown, shared, and evaluated to give leaders the best chance to perform in a global and complex world.

The challenge for the years to come is achieving leadership 2.0.
A 2.0 leader loosens up pyramidal structure and adds a transversal dimension, according to Benedikt Benenati,of Kingfisher. He has a strong position: leadership must evolve from a position of power, now unsuited to the complexity and volatility of the world, towards a position of influence where the key words are collaboration, transversal, and sharing, with performance as a common thread. But business leaders have to develop an exchange oriented organizational culture before stocking up on internet-enabled collaborative tools

Based on Leadership@Infosys by Matthew Barney (Portfolio Penguin, December 2010), “Capitalizing on Complexity”, IBM Global CEO Study (May 2010) and an interview with Ted Hoff, vice president in charge of the IBM Center for Learning and Development, and with Benedikt Benenati, director of internal communications, Kingfisher.