Christie Smith’s research into the concept of covering reveals a key component of connectional intelligence: authenticity. In the following interview, Christie explains how she and other top leaders at Deloitte Consulting are working to integrate uncovering and connectional intelligence into their culture. Excerpt from the latest issue of Business Digest: 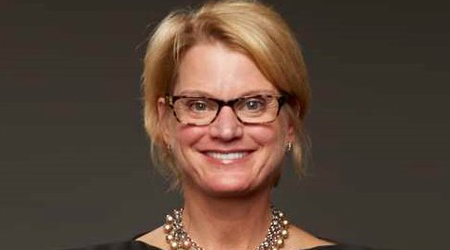 Leaders accountable for the costs of covering
The concept of “covering” was first introduced in 1963 by sociologist Erving Goffman to describe how people downplay stigmatized aspects of their identities to fit into the mainstream. Struck by the pervasiveness of this problem in corporate culture and its significance to her role as the head of the Deloitte University Center for Inclusion, Christie Smith decided to explore covering from a business and leadership standpoint. She asked the question, “What is the cost of covering to corporations?” To find the answer, Christie connected with Kenji Yoshino, lawyer and author of Covering: The Hidden Assault on Our Civil Rights (Random House, 2006), and the two co-wrote a white paper on the subject published in July 2013. “Our sample group consisted of 200 employees from 7 different industries and 10 different countries. But there was so much interest in our initial study that, in December 2013, we published a second paper with a bigger sample group of 3,100 respondents,” says Christie. The study found that a high number of respondents — 75% — report having to cover at work. And, for half of those employees, covering results in a reduced sense of opportunity and engagement. In Christie words, “When you cover at work, you bring only half your brain, passion, and attention, and, ultimately, you will be open to walking out the door the first chance you get.” 61% of respondents report expectations from leaders to cover, and 59% report cultural expectations to cover. “These findings shift inclusion discussions from the individual’s experience — a focus that has unintentionally been blaming the victim — to leadership and culture,” says Christie. “It finally puts accountability and responsibility for inclusion efforts into the hands of leaders and organizations.” The other significant finding of her study was that 45% of straight white men report covering. “Covering is not something that ‘they’ do – it’s something ‘we’ do,” states the report. “With the concept of covering, companies finally have a language for inclusion efforts that speaks across difference to all employees.”

Christie Smith joined Deloitte Consulting LLP as Managing Partner in November 2001. Today, she is Managing Director for the West Region (2,400 consulting practitioners and 250 principals and directors). Christie also leads the Deloitte University Leadership Center for Inclusion. Celebrated lecturer and writer, her work has been featured in Fortune, Harvard Business Review, The New York Times, Forbes, and Fast Company. Christie holds an MSW from Rutgers University and a Ph.D. in Social Work/IO psychology from New York University.
Tagged with: self efficacy, connectional intelligence