When he founded Davidson Consulting in 2005, Edouard Mandelkern was inspired by the work of Frank Ostroff, who created the concept of the “horizontal organizational.” A decade later, the IT services company was crowned the best employer in Europe by the Great Place to Work Institute, while posting annual growth of 26%. Edouard Mandelkern credits the company’s success to its flat organization, focus on local management, and refusal to have a human resources director (HRD). Excerpt from his interview with Business Digest: 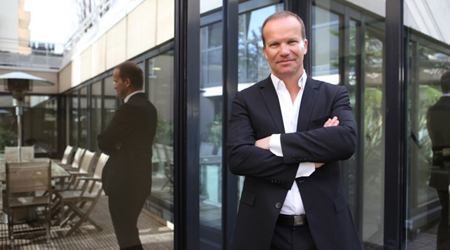 Davidson has kept a start-up spirit from the start with just three hierarchical levels: 20 partners (including the two founders) and 72 managers for 1,250 consultants. In other companies of similar size, there are usually 8-10 such levels. “My partners and I had zero desire for internal politics. Our goal was to save time,” says Mandelkern. This explains why they still have not yet recruited an HRD. Local managers provide this function with support from partners. “The HR-manager-consultant triangle cannot work because HR has the privileged role of listening and empathy while managers come across as the ‘bad guys’ driven by business objectives. So Davidson shifted the HR function to managers. This takes us out of a lose-lose scenario. The role of the manager is enriched with a social aspect, that is, HR, and when there is a problem, consultants can approach the decision maker directly. Dialogue is more direct and frank.”

A graduate of ESSEC Business School, Edouard Mandelkern rose through the ranks (general director, business engineer) at Sivan Consulting before Altran group, a global leader in innovation and advanced engineering consulting, bought the company. In 2005, he created Davidson Consulting with his colleague Bertrand Bailly.
Tagged with: organization, holacracy, horizontal organizational