The effectiveness of philanthropic initiatives is traditionally measured by their social impact. But corporate philanthropy has many additional benefits. It is a means to open up new markets, strengthen brand image, foster employee engagement, and drive technological advancements. 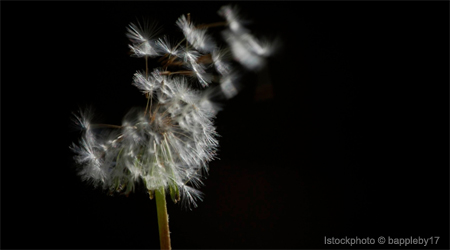 According to Doug Conant, former CEO of Campbell Soup Company for ten years, business leaders should not consider philanthropy as a business cost, but rather as an investment in better understanding consumer and employee needs. “In 2010 … we announced a special partnership with the American Heart Association to address consumer concerns over heart health, particularly as it related to diet,” says Conant. “In partnership with the Campbell Soup Foundation, we built a long-term program to directly address childhood obesity and hunger in communities where the company operated major facilities. I observed that the more we leveraged our business resources to deliver social value to the communities around us, the more engaged our employees became and the better we performed in the marketplace.”
Along the same lines, IBM leverages philanthropy for employee skill development. The company’s Smarter Cities Challenge involves sending IBM teams to cities throughout the world to help communities deal with social issues (health, safety, urban planning, and so on). Teams draw on IBM expertise to offer advisory services, and the firm benefits not only from increased employee engagement among program participants and their feedback. The firm is able to acquire a deeper understanding of issues and subsequently apply it to improve the Smarter City program.

Philanthropy: United States vs. France
In 2010, Bill Gates, Warren Buffett, and 38 of the other richest people in the United States signed The Giving Pledge to commit to donating at least 50% of their wealth to charitable causes. Since then, 17 more billionaires have signed on. The redistribution of wealth that these business leaders have in mind involves targeting specific problems, implementing fully developed strategies, and appointing skilled individuals to manage projects. In short, philanthropy is dealt with using the same mechanisms that people like Gates and Buffet used to develop their corporations.
This approach is different from the type of charitable initiatives traditionally undertaken in France. In fact, in general philanthropy is far less common in France than in the United States (2700 charitable organizations registered in France vs. 80,000 in the United States*), primarily because philanthropic causes are generally considered government responsibilities, not private concerns. Nonetheless, a new generation of French entrepreneurs, which includes people who made their fortunes in IT and high-tech fields, is beginning to reverse this trend. “Most of these people did not inherit their business, and they tend to be confident about their success. Their mindset is similar to that of Americans,” says economist Quentin Riton. For example, Phone House founder Geoffroy Roux de Bézieux was one of the first Frenchmen to donate a large chunk of his fortune to charity, giving 10% of the €40 million he received for the sale of his company to humanitarian causes. Another French businessman and millionaire who prospered in the digital economy is Jean-Baptiste Descroix-Vernier, founder of Rentabiliweb. He created the Descroix-Vernier Foundation and turned his entire fortune over to it. The foundation helps underprivileged communities, particularly in Africa where the foundation finances well construction.

Salah Boukadoum teaches business leaders how to structure their organizations to increase positive impact in our world.