Born with Bitcoin in 2009, the rise of blockchain technology could transform the economy by accelerating the disintermediation of many industries (well beyond the world of finance). For all those disappointed by the Internet, a new hope is attached to its primary philosophy: better distribution of power.

For a long time, the Internet has held the hope that whole sections of the economy might be disintermediated: no more centralized control, more direct relationships between individuals, better collaboration, greater transparency, and so on. After 20 years of innovation, however, it is clear that new digital players have, for the most part, taken the place of former intermediaries, merely shifting the placement of power (sometimes by concentrating power even more). Amazon is replacing physical stores, Uber taxi booking platforms, Airbnb hotel groups, Booking tour operators, Netfl ix TV channels. The benefits are (often) higher quality service, lower prices, faster transactions, and more. But centralizing players (whether you call them GAFA, NATU or just «new barbarians») that intercept part of the value created by the producer and the consumer remain ever-present. This is the situation that blockchain could very well do away with in the coming years.

Blockchain, a distributed database
Blockchain is a distributed database – shared to the computers of infinite users – that keeps an unalterable record of series of transactions. One could compare this technology to a giant accounts book that is non-falsifiable because all users would have a full copy, updated in real time. This is what allows blockchain to exchange bitcoins without requiring intermediaries. The huge advantage of blockchain technology is that its operation is based on powerful algorithms (invented in 2009 by the mysterious Satoshi Nakamoto for trading bitcoins) without any human involvement or control. Specifically, to carry out a new transaction, one must wait for the solution of a mathematical problem, which requires the relaying of information contained in other channel blocks (which are themselves created in previous transactions). The protocol guarantees the security of all transactions, and ensures total confidence in the separate components without the need for a centralized body that certifies identity or ownership. For example, it is impossible to sell bitcoins you do not own, since the chain knows the entire history of your transactions and knows what you have previously acquired, how much you have sold for, and so on. 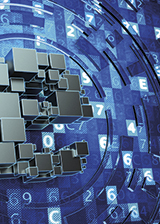 Based on Blockchain Revolution: How the Technology Behind Bitcoin Is Changing Money, Business, and the World by Don and Alex Tapscott (Portfolio, May 2016) ; « How Blockchain Technology Could Change The World » by Bernad Marr (Forbes, May 2016)