Are you ready for the Third Industrial Revolution?

The revolution 2.0 is gradually shifting from technology and service sectors to energy and consumer goods. Within roughly 10 years, there will be a shift to more collaborative business models, with value creation shared between millions of small, autonomous, interconnected, and flexible economic actors. This is what Jeremy Rifkin calls The Third Industrial Revolution. 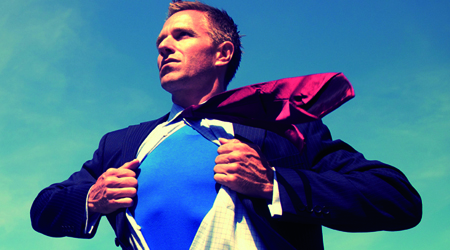 The Third Revolution is collaborative and based on renewable green energy, which is accessible everywhere and by everyone.

The 19th century saw the combination of fossil fuels and new transportation and communication means. The 20th century saw the coming together of renewable energies and the Internet. What does this latest convergence mean for the future? “Distributed capitalism,” where individuals will be their own manufacturers and connect with one another independently. What are the consequences of this change for business?

• Collaboration inspired by the energy revolution: The Third Industrial Revolution rests on renewable green energy that is accessible everywhere and by everyone and is inherently collaborative. According to this model, all markets will become networks. The heart of this change: new ways of creating value and of working.

• Splitting up into micro-industrialization: Business is transitioning from an era of pyramidal hierarchy towards a more cooperative era that prioritizes creativity, interactivity, and participation in open communication. The democratizing force of new technologies, such as 3D printing, and the decrease in transaction costs, thanks to platforms like Etsy, enables small, autonomous, and interconnected players to capture a part of the value creation that until now has been the sole domain of large industrial groups.

• The revenge of networks and small companies: “Small is beautiful”! In an uncertain economic environment, staying small and flexible is a safer bet than trying to grow at any cost. The networked company is replacing little by little the big conglomerates with multiple activities whose strategy has become incomprehensible to employees, shareholders, and clients.

Business leader testimony
Etsy is the first website to connect artisans who reject mass production with customers looking to consume differently. With 100 million products sold since its launch in 2005, 20 million active members in 200 countries, and sales of more than $700 million in 2012, the website is at the heart of a phenomenon that Chris Anderson dubs the “maker” revolution.

Read our dossier
Are you ready for the Third Industrial Revolution?

Based on The Third Industrial Revolution by Jeremy Rifkin; Makers: The New Industrial Revolution by Chris Anderson; and “The time of spin-offs” by Patrick Arnoux (Le Nouvel Economiste, November 2012), and the interviews with Stéphanie Tramicheck, Etsy country manager France, November 2012 and Dr. Harish Hande, founder and Managing Director, SELCO India.

According to IT expert, programmer, TED speaker, and writer David Flanders, 3D printing is likely to be one of the most signficant innovations of the 21st century and an essential driver of the 3rd industrial revolution.