Evaluating your leadership team in 7 questions

Jacques Neatby has long specialized in supporting executive teams which has led him to develop a tool to diagnose the effectiveness of such teams. Via seven questions, this tool summarily covers the three key dimensions of executive team effectiveness: strategic alignment, the presence of constructive conflicts and the capacity to collaborate.

Very few executives will disagree that an effective leadership team is critical to organizational success since CEOs need a strong supporting cast in today’s complex business environment. As a result, one might expect executives and board members to make it a priority to assess their organization’s leadership team. But, surprisingly, executives and board members rarely undertake such an assessment. The same is true of investors who often evaluate the individual track record of the senior leaders of a targeted company, but rarely assess how those individuals work as a team. Why? Cynics will say that it is because they know what they will find since stories of dysfunctional leadership teams abound. However, there are certainly other reasons. My discussions with executives and investors indicate that many are unsure how to go about assessing leadership team effectiveness. Furthermore, they may lack resources and time to do so. Thus, we propose seven brief questions for executives, board members and investors to use. These questions aren’t meant to provide a precise team effectiveness measure but they will tell you quickly, and with little effort, if a team’s dynamics raise any red flags. The 7 questions are tied to 3 key dimensions of leadership team effectiveness: strategic alignment, constructive conflict and collaboration.

Are team members aligned ? 3 questions
Strategic alignment refers to a broad agreement amongst executives regarding the goals and direction of their organization. Without such alignment, it is easy to see why an organization would struggle. To assess alignment, one could ask team members: “What is your organization’s strategy?” and then compare answers. However, the word “strategy” is subject to so many interpretations that a lack of consensus would not automatically mean misalignment. Thus, we’ve found that it is more effective to ask: “What are your organizations top three strategic priorities over the next 12-18 months?”. The answers will tell you if team members are pulling in the same direction and if fights over resources are likely in the short term.
Of course, you’ll want to address longer-term alignment as well. To do so, don’t ask about the organization’s “vision”, another term which team members may interpret differently. Rather ask: “Do you anticipate that your organization will have changed significantly in 3-5 years? If so, how?”
If the answers given by team members to these two questions are different than the CEO’s, you have an alignment issue. If the answers are similar, misalignment may still exist if team members are simply parroting what they’ve heard the boss say. Thus, probing may be necessary. For example, ask each person to provide the rationale for their answers. If they find it difficult to do so, the consensus may be superficial and alignment less than optimal. If the leadership team is large, say 7 or more, you also need to ask team members: “Who are the 2-3 most powerful members on the team?” Why? Because perfect alignment is rare on large leadership teams and so the critical issue you need to address is whether the team’s heavyweights are aligned behind the CEO. Pay special attention to those who claim their team is a one of equals as it is often the most powerful who downplay power disparities. Of course, you need to be careful when posing questions about power, particularly in very egalitarian or hierarchical environments where it may be a taboo subject. In such contexts, we’ve found that asking who are the most influential members, rather than the most powerful, can be more effective.

Strategic alignment
1. What are your organizations top 3 strategic priorities over the next 12-18 months?
2. Do you anticipate that your organization will have changed signifi cantly in 3-5 years and, if so, how?
3. Who are the 2-3 most powerful members on the team?

Constructive conflict
4. Who are members of the CEO’s “inner circle”?
5. Are these people willing to challenge their boss?

Collaboration
6. Which pair (or pairs) of team members need to collaborate most for the organization to succeed?
7. How often do the people you’ve identifi ed communicate with each other and by which means?

Can the team engage in constructive conflict? 2 questions
The fact we label the senior executives of an organization a “team” makes some people forget that conflict between members is not only inevitable, it is also desirable. To give but one example, a CEO wants her CFO to challenge peers when the latter request money to finance their projects. Thus, the CEO should encourage constructive conflict between team members and, more importantly, encourage them to challenge their boss who is ultimately responsible for key decisions but who should rarely be making them on his/her own. Must every leadership team member feel free to challenge the CEO? No and it is rare that all do. But there must be at least one executive who is willing to confront the boss and whom the boss will listen to. So, don’t ask: “Are there team members willing to challenge the CEO?” because those who are may not have the CEO’s ear. It is better to ask: “Who are members of the CEO’s “inner circle?” by which we mean the one or two executives the CEO typically consults before making important decisions. Even though the CEO may deny having an inner circle, team members will quickly tell you who its members are. Then follow up with: “Are these people willing to challenge their boss?”. Validate the answers you receive by observing, if you can, how the people identifi ed interact with the CEO in a decision-making context.

Can the team engage in constructive conflict? 2 questions
If leadership team members need to challenge the CEO and each other in the initial phases of decision-making, they must afterwards collaborate to defi ne and implement solutions that best serve the organization. In seeking to assess if members collaborate well, a consultant told me he observed them in a social setting to see if they “got along”. However, “getting along” may simply be a sign they are unwilling to challenge each other. Furthermore, research tells us that many executives don’t feel a strong need to get along and, possibly as a result, executive collaboration is rarely as friendly and comfortable as depicted in textbooks or seen in teams lower in the organization. So, what does good leadership team collaboration look like? There is no one-sizefits-all answer and, furthermore, not all collaboration is of equal value. For these reasons, ask: “Which pair (or pairs) of teammates need to collaborate most for the organization to succeed?” Then follow-up with: “How often do the people you’ve identified communicate with each other and by which means?” because, if effective collaboration is hard to define, it undeniably necessitates communication. If those interviewed have diffi culty describing how and how often critical collaborators communicate, this should raise a flag. Lastly, checking if barriers to collaboration exist is also important. There are many such barriers, for example overlapping roles which lead to turf wars and poorly structured incentive schemes which discourage cooperation. However, in our experience, the most important barrier to collaboration is a lack of strategic alignment which is already addressed with the first three questions discussed in this article.

In conclusion, if an organization’s leadership team is key to its success, then simply assessing its members individually is not enough since a team of all stars does not an all-star team make. Thus, if you are an investor deciding whether to invest in a company, or a board member, CEO or executive wanting to know if your organization’s leadership team is firing on all cylinders, you would do well to begin with these 7 questions.
1. We specify three priorities because we’ve found that some respondents freeze if a specific number is not given or, alternatively, rattle off six or seven or even more. 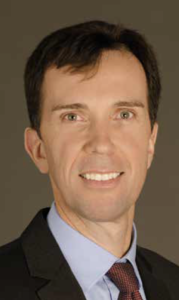 Jacques Neatby
MindLab Global Solutions, Canada, March 2017. Consultant specializing in executive team alignment and collaboration for North American and European multinationals. He is also a guest lecturer at HEC Paris and McGill- HEC Montreal on executive team effectiveness and regularly publishes articles on this subject, notably for the site of the Harvard Business Review.